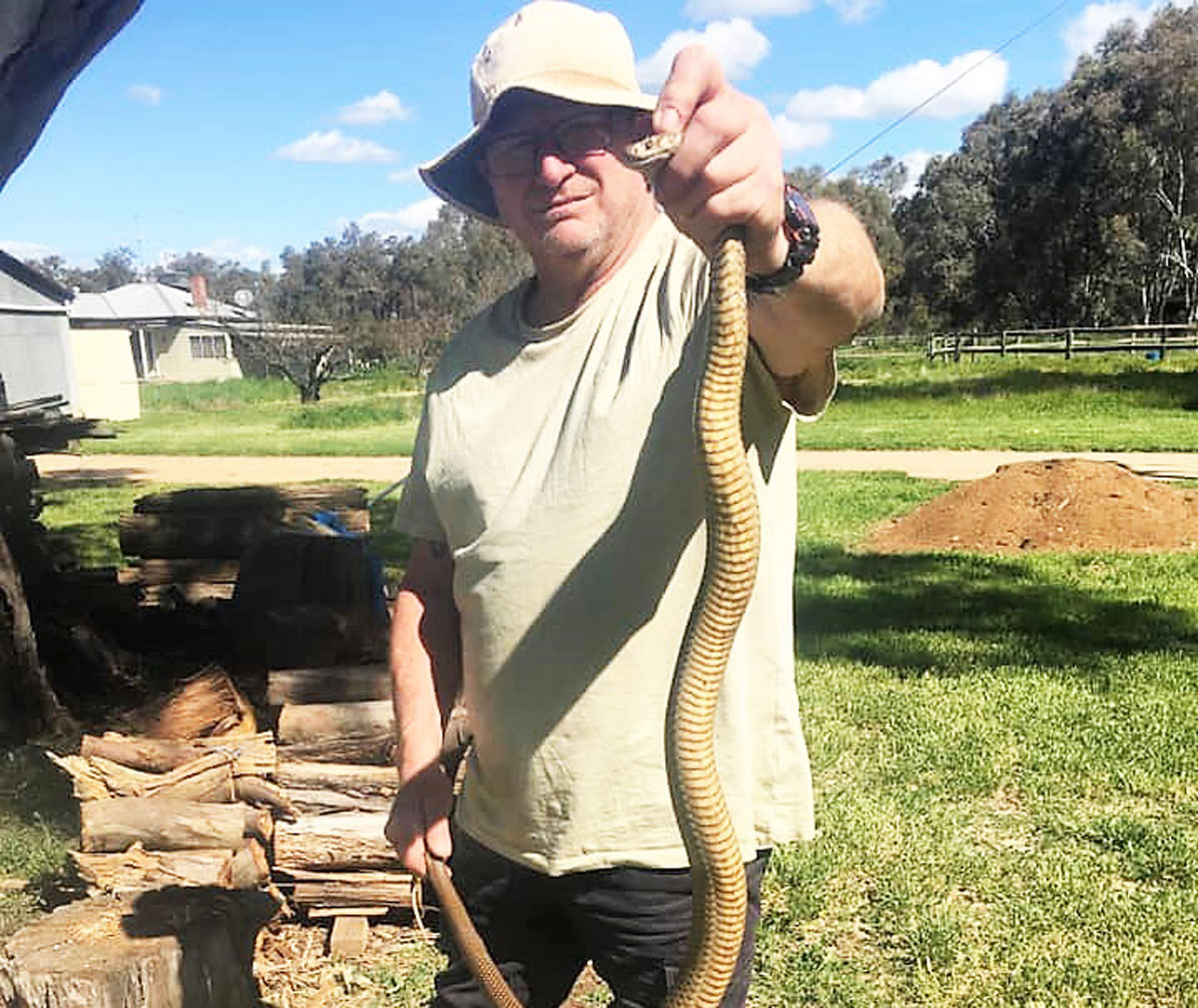 The snake season has started with many people coming across really big brown snakes on their walks and in their yards. The problem is that as far as could be established there is not a snake catcher in Parkes at the moment, and the professional snake handler from Forbes is semi-retired.

Paul Newcombe, or Boo as he is known, announced earlier this year that he was retiring, but because of the demand he has sort of come back. So far, he has caught 33 snakes this season, but he would only come to Parkes for real emergencies.

He did not think there were more snakes than normal, but they were much bigger and in very good condition. “I think the mouse plague definitely played a role.” Paul expected the breeding season to be very busy.

His best advice was that if you’re within a metre of a snake to stand very still, and if you’re more than two metres away to back away very slowly.

Paul has a Facebook page called Snake Catcher Forbes and Surrounding Areas, and he can be contacted on 0424 522 608.