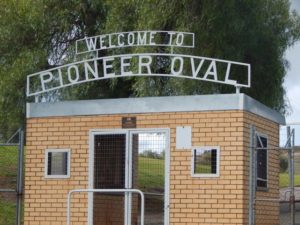 Sports Fields Are Open Again: After about of wet weather which saw many sporting areas temporarily close, players and spectators are advised that all grass sporting fields in Parkes are now open for training, school sport or other purposes. However, groups are being asked to risk assess the field before use and remain away from the wetter areas. Sporting groups may implement their own cancellation notices if their risk assessment proves the field to be
unsuitable for their purposes.

‘It’s Not A Waste’ Winners Announced: Five lucky residents have been proclaimed winners of the ‘it’s not a waste’ competition that was launched in conjunction with the Netwaste 3-bin collection service. The competition aimed to promote the new household waste service that began in April and residents were asked to answer five questions based on the content of an information brochure that was sent to all households about the new service. The following have each won a $100 open gift card; Sina Karimi, Kim Paul, Aimee Ross, Rebecca Parkes and Val Hornery.

Positive Changes at Parkes Tip: The Parkes Waste Facility is currently being upgraded to make it more user friendly for customers and to increase diversion of materials from landfill. Construction is underway to improve the efficiency, safety and environmental aspects of the facility. Improvements include new ground water monitoring stations, construction of a weighbridge, gatehouse building, drop-off centre, road improvements and signage. A tree planting program is also planned for the perimeter and surrounding areas of the facility. This will screen operations from roads and provide numerous environmental benefits including native habitat provision and connectivity. In total approximately 40 hectares of land around the facility will be revegetated with native trees and shrubs.

Serving Up Funding: The lights and facilities at the Parkes Tennis Club are set for an upgrade thanks to a $13,000 injection from the Federal Government. Riverina Nationals’ MP, Michael McCormack, visited the courts last week. “Sport is the glue which binds regional communities and it is critical the facilities in county areas are suited to help breed the next generation of champions,” Mr McCormack said. “Tennis Clubs such as this one at Parkes offer a great opportunity to locals to engage in everything from very competitive tennis tournaments to a social hit with friends.” The $13,000 investment will be made as part of the Coalition’s Stronger Communities Programme.