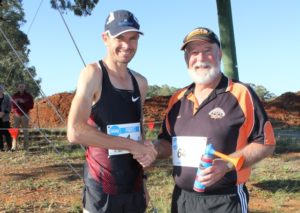 Parkes Olympians: One of the youngest players in the Hockeyroos squad at just 17 years old, Parkes local Mariah Williams is set to play with her team in the upcoming Rio Olympic Games. Mariah has always been active, playing soccer, touch footy and hockey. She secured her place in this year’s Australian team last year when she won gold in the Oceania cup and placed sixth in the World League Final. Mariah will join other Parkes local Scott Westcott, who will be competing in the marathon, in Rio. Scott secured his spot on the Rio team two days after his fortieth birthday, when he ran a qualifying time of 2:15.30 at the 2015 Berlin Marathon. Scott was a high school teacher for eleven years, teaching maths, science, physical education and agriculture. We wish both Olympians the best of luck at the Games!

Muster for Music: Today the Parkes Country Music Club will be setting up a street stall in Clarinda Street from 8.30am until 3.30pm. If you’re doing a spot of shopping in town today, be sure to pop by and see what the stall has to offer. The stall is being set up prior to the Parkes Country Music Muster which will be held at the Parkes Service Club on Sunday 17th July from 1pm. The Music Muster will feature guest artist, Gary Hollier and entry is $5.

Fun Galore at Parkes Library: Once again the Parkes Library has been a hive of activity during the school holidays. Children have been busy creating their own puppets and using them to perform a story with nursery rhymes as their inspiration. The Magic of Science activity was a fun time full of science experiments such as lemon volcanoes, fake snow, balloon rockets and melting ice cubes. Children reported that being a scientist for the morning was very exciting. Gold fever hit in a big way! Children learnt about life on the goldfields and were quite shocked to learn that there were no toilets, fridges or mattresses for the miners during the gold rushes. Panning for gold was a great success and the eager miners weighed and valued their finds. A total of 180 children attended
activities over the two-week period. All children borrowed items with many becoming first time members. 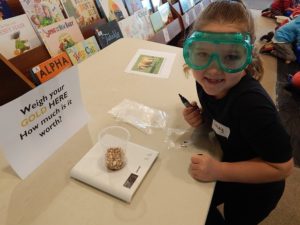