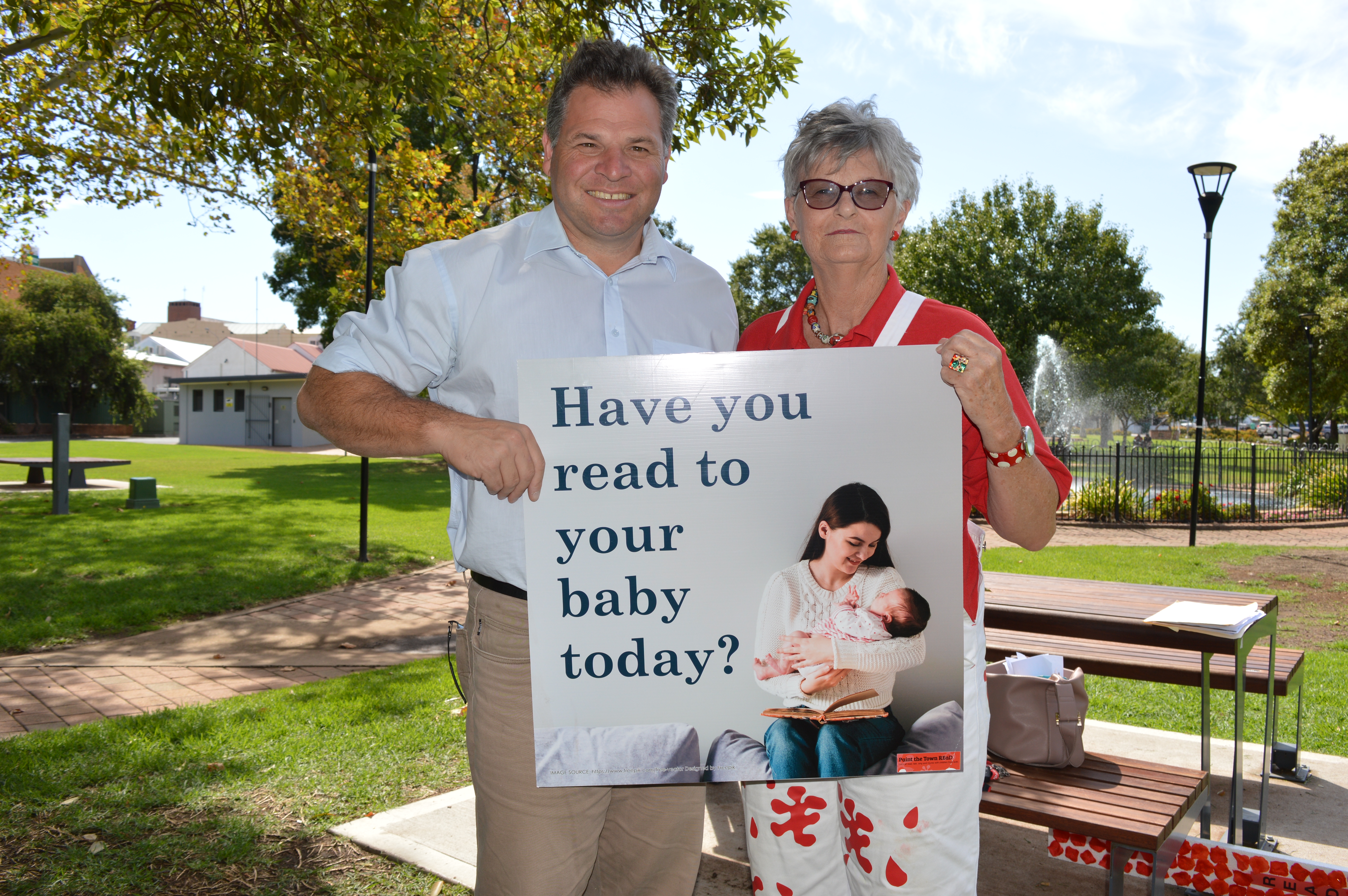 Paint Australia REaD: Rhonda Brain, creative director of the Paint the Town REaD initiative received a cheque of
$5,000 from Phil Donato last Friday for The Aussie Book Relay from Perth to Pacific starting later this month to spread the message of the importance of reading, talking and singing to your child from birth to three years.

Free Cuppa: With 98 businesses in 22 local government areas across NSW joining forces, the 2019 ‘Free Cuppa for the Driver’ scheme is ready for another year. The multi-award winning scheme, launched in Bathurst last week, offers visiting drivers who have travelled 100km from home, a complimentary cup of tea or coffee at any participating business. The scheme started on 1st March and will run until 31st May. “It is a win-win-win,” said Parkes Shire Councils’ Road Safety and Injury Prevention Officer, Melanie Suitor. “It’s especially a win for road safety as tired drivers will stop to take a break, it’s a win for local towns as they attract more stopping visitors and it’s
a win for the local participating businesses as they attract more customers, who usually buy something with their free cuppa.” The full list of participating businesses are on www.freecuppa.com.au or pick up a brochure from Visitor Information Centres.

17 Million: Return and Earn has been a runaway success in the Central West with 17 million containers returned to local reverse vending machines. This includes more than 5.4 million returned in Parkes, almost 10 million drink containers in the two machines in Orange and 1.8 million in Forbes. The 17 million returned drink cans and bottles equals $1.7 million back in the pockets of local residents. Since Return and Earn began just over a year ago more than 1.4 billion containers have been collected at return points across NSW and eligible drink container litter volume
has reduced by 44%. “I thank everyone in the Central West who is already using the scheme and encourage anyone who hasn’t yet tried it, to visit a return point to claim their 10 cent refund,” said Nationals Candidate for Orange Kate Hazelton. “Any local schools, charities, community or sporting groups that want to be listed as a local donation partner can visit the Return and Earn website to register their interest at www.returnandearn.org.au.

Boost for Parkes Station: Plans are i the works to make Parkes Station fully accessible thanks to the NSW Government’s Transport Access Program. Upgrades could include improvements to the platform, waiting rooms and toilets, re-grading the ramps and footpath, as well as the creation of additional accessible parking spaces. Parkes is one of a number of stations across regional NSW that are scheduled for upgrades.