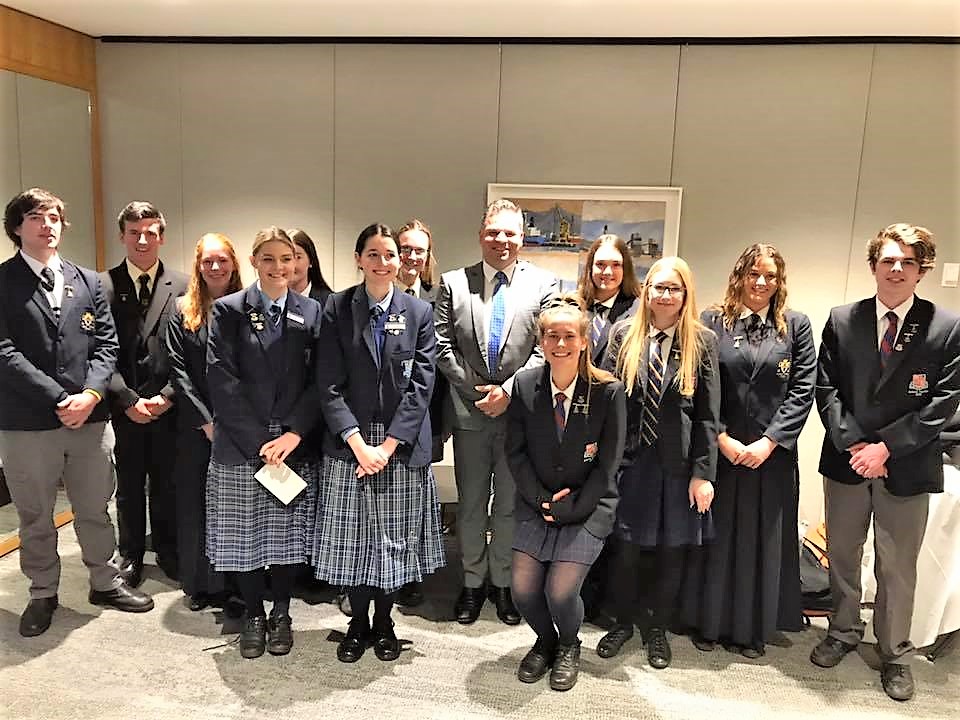 STUDENT LEADERS IN PARLIAMENT… Phil Donato met with year 12 leaders from Parkes High School and
six other schools in the Orange electorate at the NSW Parliament last week as part of the Student Leadership Program. Students had the opportunity to ask attending MPs about leadership, making decisions and representation.

Winners: Congratulations to the winners of the two recent competitions in The Parkes Phoenix! Emily McQuie won a double pass to the Parkes Picnic Races, and Candace Smith won a family pass to the Taronga Western Plains Zoo.

Moonwalk Into Parkes: Be out there in the Parkes Region this winter season and be amazed by all things space and science, when Parkes and the world celebrate the 50th anniversary of man landing on the moon. In July 1969, the CSIRO Parkes Radio Telescope played an important role in history, when it received and broadcast the Apollo 11 landing on the Moon for the first time. The Dish received television signals that allowed six hundred million people,
one fifth of humanity at the time, to watch the broadcast. In celebration of this 50 year milestone, CSIRO will be hosting an open day weekend at The Dish on the 20-21st July. Parkes Shire Council has launched a ‘Be out there’ winter campaign featuring Apollo 11 Deals to encourage visitors to explore more of our region during their stay. The campaign launched on 1st June and will run until the end of July. Visitors can view all the special offers and open
day event details at www.visitparkes.com. au/apollo11

History Blog: Is it possible to go from life in the country to the highest level of government in NSW? James McGirr went from a dairy farm in Parkes to the Department of Premier and Cabinet. His political career coincided with the 1930s – a decade that commenced with the Great Depression and ended with the world in the throes of a second world war! McGirr then helped the state deal with post-War issues, such as a severe housing shortage. Read about “Big Jim” on Parkes Library’s history blog https://historyparkes.org/2019/05/31/james-mcgirr-from-parkes-to-premier/

Scholarships For Rural Students: Students are invited to apply for scholarships under the expanded third round of the $58.1 million Rural and Regional Enterprise Scholarships program. Eligible students could benefit from up to $18,000 which could go towards the cost of their university or vocational education. The scholarships cover courses including certificate IV through to a PhD. For more information or to apply, visit https://www.education.gov.au/rural-and-regional-enterprisescholarships. Applications close on 14th June. Regional
and rural students can access more assistance through the $53.9 million injection to Youth Allowance.