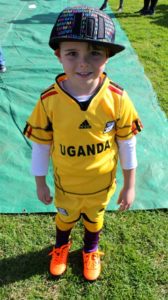 Historical Aircraft in Parkes: Parkes residents have the opportunity to see an historical Convair aircraft at the Parkes Aviation Museum from 10am to 12pm this Sunday. The Convair 440 Metropolitan Airliner in Trans Australian Airlines livery is on a delivery flight from South Africa to it’s new home at Illawarra Regional Airport. Another new and interesting exhibit at the museum is a Vietnam era ex RAAF Caribou that is open for inspection. Visits to the museum are by gold coin donation.

Census back online: Parkes Shire residents who were unable to complete their online Census last week can now do so with the 2016 Census website back online. Last week thousands of Australians logged on to complete their Census causing a hardware failure when a router became overloaded. At the time of these events, more than two million forms had already been successfully submitted and safely stored. The Australian Bureau of Statistics (ABS) assures residents that no data was lost during the outage. Parkes Shire Council’s General Manager, Kent Boyd encourages residents to persist in their attempts to complete their Census. “Data collected from the 2016 Census is extremely important for the work we do at Parkes Shire Council. The data is used to support funding decisions for services and infrastructure across the Parkes Shire including housing, transport, education, industry, hospitals, and the environment.” Alternatively, Parkes Shire residents may request a paper version of the Census by calling 1300 820 275. No fines will be imposed for completing the Census after August 9, however it must be done by 23rd September 2016.

Parkes Chamber of Commerce: Parkes Chamber members were invited to meet with Small Business Minister and Federal member for Riverina, Michael McCormack, recently and given the opportunity to share their thoughts and concerns. There is a renewed focus on improving the atmosphere and enhancing the Parkes Upmarkets for visitors and stallholders alike. Anyone interested in joining the organising committee should get in contact with Geoff Rice or email chamber@parkeschamber.com.au

The Sparkles Promotion will be back in 2016. Information regarding this year’s promotion will be available shortly. The Christmas Upmarkets and Movie Night will be held in conjunction with the Street Parade to be organised by the Action Club. The Parkes Chamber of Commerce (PCC) AGM will be held on 14th September at 7pm at the Parkes Services Club. The review to the Constitution will be presented for ratification.

Questions were asked of Councillor Alan Ward regarding the local content portion of PSC Project tenders. It is important to ensure Parkes businesses particularly and other local businesses have the best chance at any possible opportunities. PCC will support a young women’s networking/mentor group to be organised by Suzie Hill.