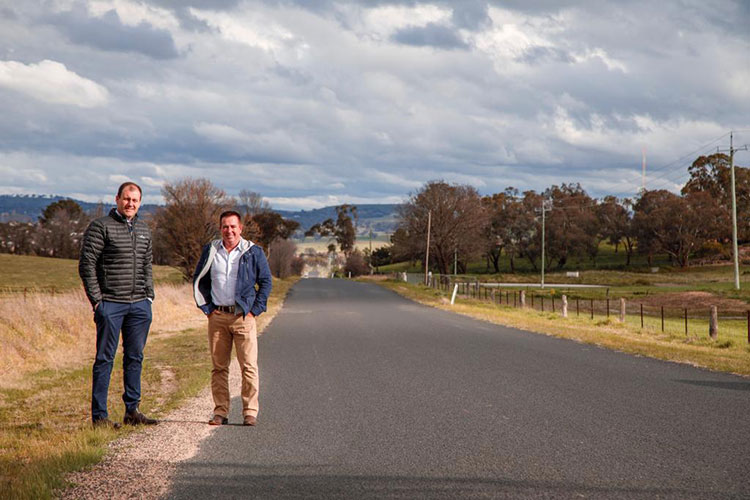 Slow down is the message from NSW Upper House MP Sam Farraway and Minister for Regional Transport and Roads Paul Toole for Rural Road Safety Month.

Slow Down To Save Lives: Minister for Regional Transport and Roads Paul Toole launched Rural Road Safety Month last week. Drivers in the Orange Electorate are urged to slow down as more than two-thirds of the lives lost on NSW roads occur in the country. NSW Upper House MP, Sam Farraway said preliminary figures show 252 people were killed or injured in crashes on roads in the electorate last year. Sam said speed and fatigue were the most common factors for fatalities, contributing to about 70% per cent of people killed. “Every one of these deaths and serious injuries has had a devastating impact on families, friends and communities.” The NSW Government is investing more than $640 million in the Safer Roads Program for regional NSW, along with $140 million from the Federal Government to roll out lifesaving projects.

COVID-19 And School Attendance: The latest update on school attendance requires that students and staff with flu like symptoms provide a copy of a negative COVID-19 test result before they are permitted to return to school. In accordance with advice from NSW Health, parents and carers are reminded NOT to send children to school if they are unwell, even if they have the mildest flu-like symptoms. Schools will make arrangements for students who present as unwell or have flu like symptoms to be sent home. NSW Health have requested that schools encourage anyone who is unwell or has even mild flu-like symptoms, to arrange to be tested through their local medical practitioner or one of the COVID-19 clinics.

National Scams Awareness Week: The ACCC’s ‘Targeting Scams’ report noted that nbn themed scams were the most commonly reported scam type with the ‘Nicole from nbn’ robocall scam the most prolific example. Recent reports indicate ‘Nicole’ has been joined by ‘Carol’. There are also two new nbn themed scams: residents receiving a fraudulent nbn invoice for payment after they were offered a nbn upgrade over the phone; and scammers claiming radiation or harmful UV rays will come from the computer and instructing the individual to move away from or cover the screen, allowing the scammer unmonitored remote access to the device. It is important to note that NBN Co does not issue invoices direct to customers unless work has been agreed to by nbn and the customer. 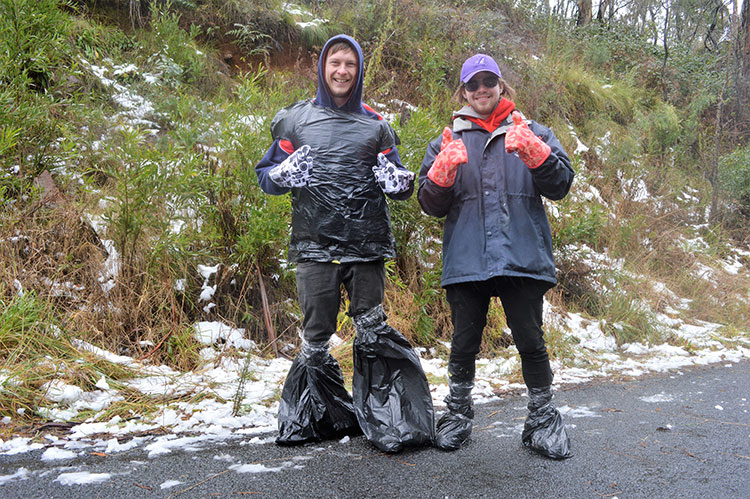 Interesting snow apparel were observed at Mount Canobolas on Sunday with these guys getting very creative with black garbage bags and oven mittens.