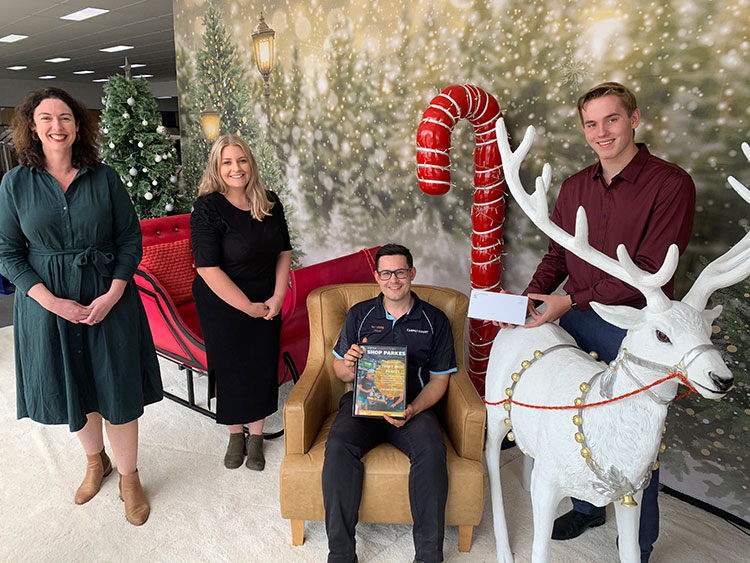 Local businesses were invited to take part in the Shop Parkes campaign by dressing up their shop windows for the festive season. Terry Bros Parkes was the winner and won $1,000 in marketing dollars to be spent with local suppliers of their choice. Pictured (L-R) Anna Wyllie (Parkes Shire Council), Chloe Bryant and Jesse Tremble (Terry Bros Parkes) and Reed Cavallaro.

Shop Local Wrap Up: Council and the Parkes Chamber of Commerce delivered the 2020 Shop Parkes this Christmas campaign from 19th November to 31st Decem-ber. The campaign focused on the diverse retail and service offerings of the Parkes Shire, and the benefits that shopping local has on our community, especially following years of drought and the COVID-19 pandemic. Parkes Shire Councillor Alan Ward said: “It was wonderful to see our community stick together and support each other by shopping locally during last year’s festive season. It was pleasing to see such strong business participation with over 30 stores actively engaging with the campaign online, over 100 businesses promoting the campaign in-store, and a 15% increase in Shop Parkes Gift Card redemption stores from 85 to 98 stores.” He said over $43,000 was loaded to Shop Parkes Gift Cards during the six-week campaign with a record 90% redemption rate with $38,692 spent at local businesses. To find out where you can load and redeem your Shop Parkes Gift Cards, head to www.visitparkes.com.au. Are you a local business who would like to be involved? Contact 6861 2333 or email shop@parkes.nsw.gov.au.

National Recognition: The Western NSW Local Health District (WNSWLHD) has showcased the SOS (Signs of Strangulation) Project at the national Stop Domestic Violence Conference. Danielle Allen and Julieanne Potts presented their project ‘Improving Responses for Victims of Domestic Violence Presenting with Non-Fatal Strangulation’ at Orange Emergency Department. “This project started as part of the Clinical Leadership Program, but has turned into something so much bigger,” said WNSWLHD Executive Director Integrated Care Julie Cooper. “Danielle and Julieanne were finalists in the WNSWLHD Living Quality & Safety Awards 2020, and have now shared their findings and research on the national stage”. The project included the development of a vital medical alert resource card to provide to victims of domestic and family violence (DFV). “The SOS card is now used by the majority of NSW Local Health Districts and other service providers including other government and non-government services who assist victims of domestic and family violence,” Julie said. 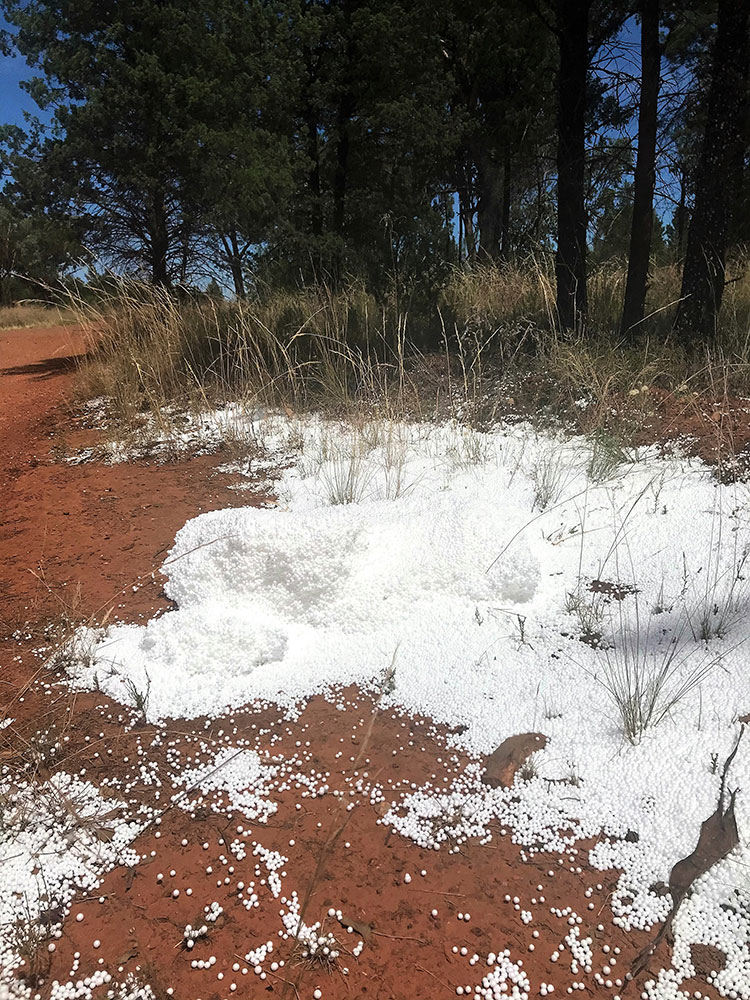 A massive thumbs down to the person who illegally dumped a bean bag on the crown land east of the hospital. The bag has torn and the polystyrene balls have spread into nature posing a fatal danger to wildlife.