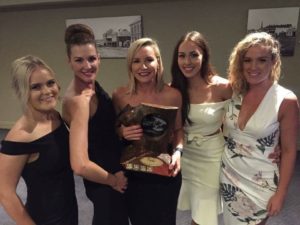 Wool charity auction: A new record was set at the annual charity wool auction held by Quality Wool in Melbourne last week raising more than $75,000 for Ronald Mc- Donald House Westmead in Sydney. Wool donations for the auction reached 14,000 kg, or 93 bales. The Quality Wool char- ity auctions have now raised more than $225,000 to support families with seri- ously ill children. The company thanked all growers who donated wool towards the auction with donations from Parkes and other towns in the Central West. Quality Wool will thank growers for their donations and support at a special celebratory event in Parkes at the Parkes Services Club on Thursday.

Massive achievement: Holy Family School in Parkes was named as a NAPLAN high gain school for the second year in a row in the area of numeracy. The Austral- ian Curriculum, Assessment and Report- ing Authority (ACARA) identifies schools across the country that may not have the top NAPLAN marks, but have made the biggest gains.

“This is a massive achievement for our school and we are very excited,” said Principal, Denise Gersbach. Holy Family was the only school in the Central west to be named last year. This year Lithgow Public School was also on the list.

Win a double pass: Charlie Siem, one of today’s foremost young violinists, is in Australia for the first time. He is giving a concert with the Omega Ensemble on 1st April at Borrodell Vineyard in Orange. Book tickets for the show at borrodell.com.au/ events or call 6365 3425. You can win a double pass in our competition today on page 12.

Working on the Wallaby: Barry Brebner spoke about his latest book Working on the Wallaby at the Tourist Information Centre last week. Barry is somewhat of an expert on seizing opportunities. He is the force behind Workabout Australia; a compendi- um of employment opportunities for travellers. The first edition was published in 1996 and has since grown to be a go-to guide for roustabouts. His latest book is a collection of yarns about working holidays, featuring the travel stories of people he encountered and during his Workabout years. 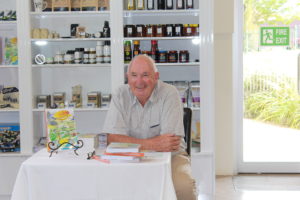