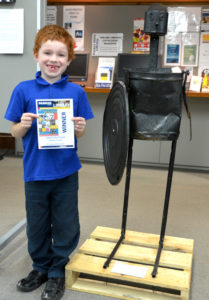 Visual arts program: A series of eight small workshops will run in the Central West, in- cluding Parkes from April to June. Arts Out- West has set up the workshops, in close consultation with mental health and disabil- ity support services, on behalf of House with No Steps, who provided the funding.

Each of the programs specifically targets particular groups. Some of the programs are for existing groups, while others are open to the public. The program in Parkes will be a visual arts workshop running over 10 weeks from May to June. Sign-ups for the Parkes program will be announced soon.

Telstra Business Women’s Awards: Member for Orange, Philip Donato is en- couraging people in his electorate to cele- brate the achievements of exceptional busi- ness women by nominating them for the 2017 Telstra Business Women’s Awards. Donato said the awards, now in its 23rd- year, seeked to raise the profile of women in business by recognising and rewarding their courage, leadership and creativity.

Entries open on 26th April until 15th June across five award categories. State and Territory winners will be announced later this year, with the national awards in Syd- ney on 1st December. To nominate or enter go to https://www.telstrabusinesswomen- sawards.com/nominate/ or call Telstra on 1800 817 536.

St George’s Day: This Sunday St George’s Anglican Church is celebrating the Pa- tronal Festival, St George’s Day. This festi- val is to honour Saint George, after whom the church was named. The service will be at 9:00am, followed by morning tea in the hall. Reverand Dr Ian Coutts will be speak- ing at the service.

According to legend, St George was a Roman soldier born in what is now mod- ern-day Turkey around 280AD and died around 303. Emperor Diocletian, as part of a crackdown on the growing influence of the Christian community, ordered that all Christian soldiers in the army should be expelled and all Roman soldiers be forced to make the traditional pagan sacrifice. St George refused and denounced the edict in front of his fellow soldiers, declaring he was a Christian. Diocletian initially tried to convert him with offers of wealth and land, but he refused and was beheaded on 23 April 303. 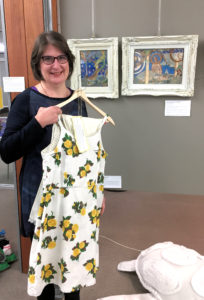