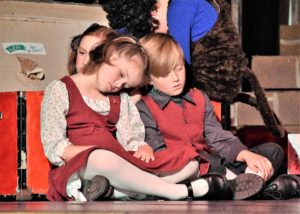 Australian Illustrators: Parkes Library will host two free exhibitions that celebrate Australian children’s picture books and their creators during May, June and July. The first exhibition Never be Late for a Pa- rade from 16th May to 15th June features a collection of illustrations from Shaun Tan’s best-known picture books including The Arrival, The Red Tree, The Lost Thing and the Singing Bones.

Lazy Lions Lounging in the Library from 20th June to 20th July features illustra- tions from A Bird in the Hand! by Bob Gra- ham; ANZAC Illustrated; Chester & Gil, life is what you make it; Kids Antarctic Art Project a creative collaboration by Alison Lester; Running with the Horses and The Many Story Treehouse.

Dice Run: The Midstate Motorcycle Club will be holding its annual charity Ironbark Dice Run on Saturday, 20th May for the 13th time. The Dice Run is a social day out for owners of road registered motor- cycles and aimed at raising money for lo- cal charities. The ride, of approximately 250km, will go from Parkes to Eugowra and Gooloogong, on to lunch at the Rail- way Hotel in Grenfell before riding on to Forbes and finishing in Condobolin. Each motorcyclist rolls the dice at stops along the way, and the highest combined score is declared the winner of $200 at the end of the day. 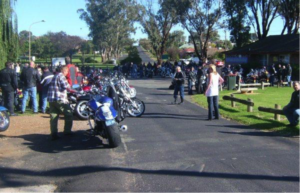