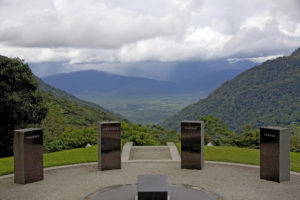 Saturday Storytime: Make sure to head to the library at 10:30am on 2nd, 9th and 16th September for special storytime sessions: Escape to Everywhere. According to Parkes Branch Librarian, Andrea Lovell reading enables the reader to travel to other worlds without using their feet. Library Officers Debbie and Sandie will “escape to countries”, “escape to your own special place” and “escape to fantasy land” at the special sessions. On Saturday, 16th September picture book author Nancy Watson and Flossie the Fairy will be special guests. Nancy was raised in the Yass and Young districts. Her interest in writing remained constant throughout her early career, but did not take off until she had a travel article published in 2013. In 2015, she joined a creative writing group and had an unexpected inspiration to write about Flossie the fairy … perhaps in memory of a little moss fairy garden she had as a child.

World premiere in Parkes: The Parkes Services Club will host the world premiere of Patrick Lindsay’s latest documentary Kokoda – The Spirit Lives On on Friday, 1st September in the Starlight Lounge at 6:30pm. The feature-length documentary commemorates the 75th anniversary of the WWII Kokoda campaign and explores the spirit of Kokoda, then and now. It is the third of Lindsay’s Kokoda films. It takes viewers on a fascinating journey of discovery, walking in the footsteps of those, who in 1942 against all odds, withstood Japan’s previously unstoppable Pacific invasion force to preserve Australia and Papua New Guinea’s liberty. The entry fee of $10 will go to the Kokoda Track Foundation.