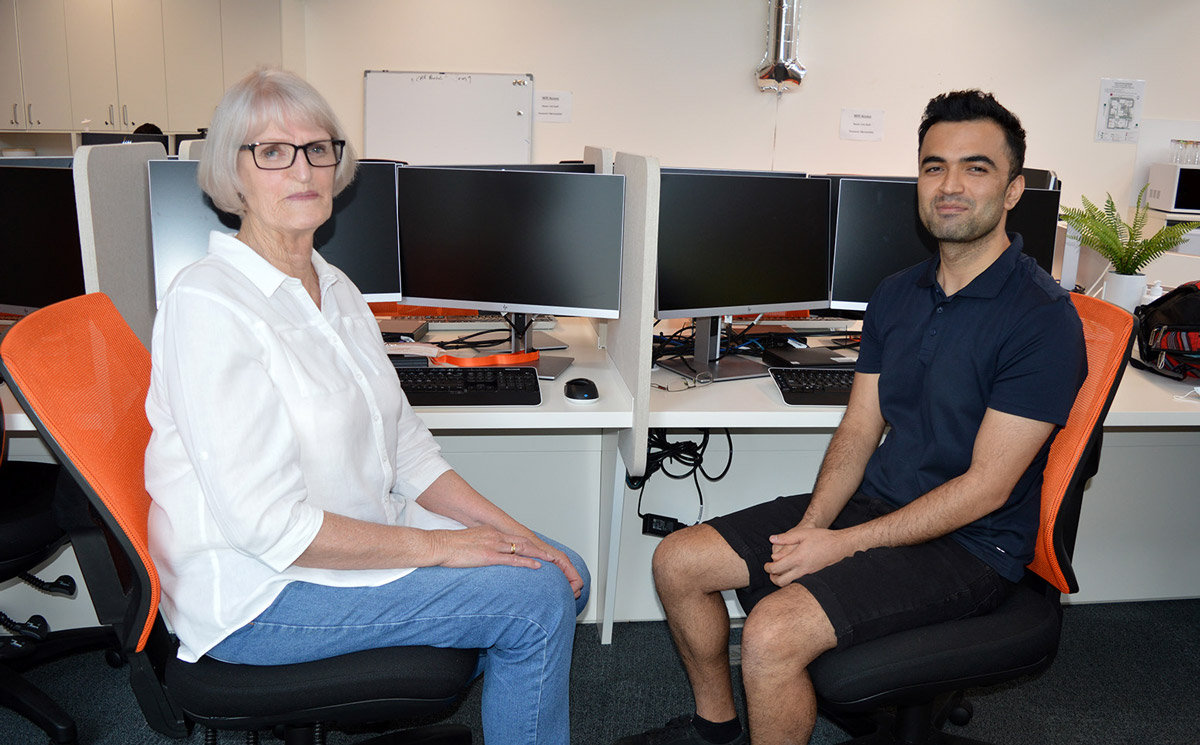 Dawn Ball and Ankush Dogra at the CUC. “The CUC is just a gem and there is so much opportunity if people want to learn. I need another 100 years or so for all my interests!” said Dawn.

While the Parkes Country Universities Centre (CUC) celebrated its first successful year last week, two students reflected on how much more their enrollment has meant to them in their lives.

It has given retiree Dawn Ball new purpose, and provided friendship and a sense of belonging in a new community for immigrant Ankush (Addy) Dogra.

Dawn said boredom brought her to the CUC. “I was just moping around in retirement and wanted to do something which makes me happiest, which is studying.” She likes languages, having taught Indonesian for 16 years at Red Bend Catholic College, and decided to study German through the University of England.

“German culture interests me, and I love the sound of the language.” She read about the CUC in the paper, and I ended up signing up!

Dawn said the support she had received from Manager Jacob Cass had been fantastic “I’m not very savvy with technology, and Jacob is just available for anything. How he puts up with me I don’t know.”

Addy moved to Parkes from Brisbane to work at the Indian Cuisine restaurant. He was doing a Certificate IV in IT Networking, but could not find a place to study at night. The CUC was the perfect fit as he could access the facility at all hours.

“Jacob helped me to find a Bachelors degree in Applied IT at Latrobe University, and also a job at Parkes Shire Council for two months.”

Addy, who comes from a small town similar to Parkes at the foot of the Himalayan mountains in India, said he wanted to move back to Brisbane when his job finished at Council, but Jacob encouraged him to stay. “I’ve now made friends, and don’t want to move. I have started to feel part of the community.”