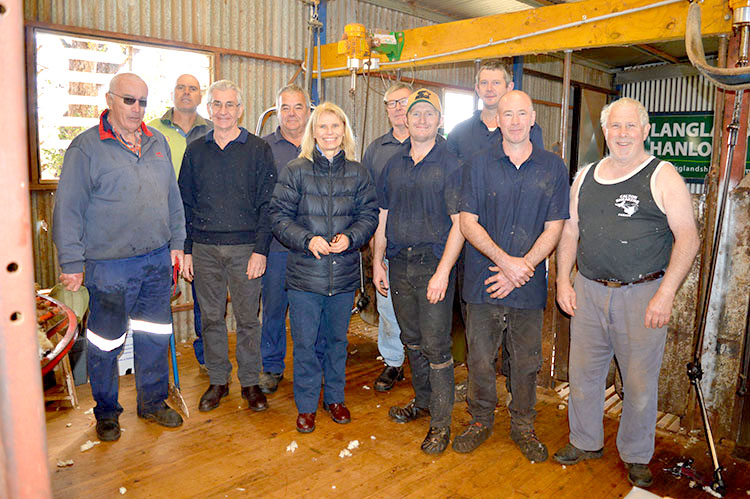 The team of volunteers who helped to shear 125 trial wethers last week that will help boost the Parkes P.A. & H. Association’s funds.

Sheep on a solar farm might be the way forward following a very successful first year of a wether trial run by the Parkes P.A. & H. Association.

Not only will the trial pave the way forward for the continued use of agricultural land combined with solar farms, but will earn the show society some much-needed funds following the cancellation of the show this year because of COVID-19.

The Show Society negotiated a deal with the owners of the Parkes Solar Farm to let sheep graze the weeds growing under the panels. This is a win-win situation for both parties as the sheep keep the weeds under control.

The four-year trial involves ten farmers who all contributed wethers of mixed blood- lines. The Department of Primary Industry (DPI) in Orange, under the leadership of Dr Kathryn Egerton-Warburton, is keeping track of the statistics to make comparisons with other trials.

Last week a team of volunteers came together to shear the sheep after the first full season with a total of 125 wethers getting the clip.

“The quality of wool is just phenomenal,” said Graeme Ostini from Ostini Wool. “The wethers are only two years old, and their fleece weigh in between 6 to 7kg and measures over 100mm. It is just magnificent, considering half of the first season was still in the drought.”

With the wool market in Sydney opening this week, Graeme predicted the wool from the trial could earn the show society around $6,000.

One of the participating farmers Ken Keith was just as impressed with the first year. 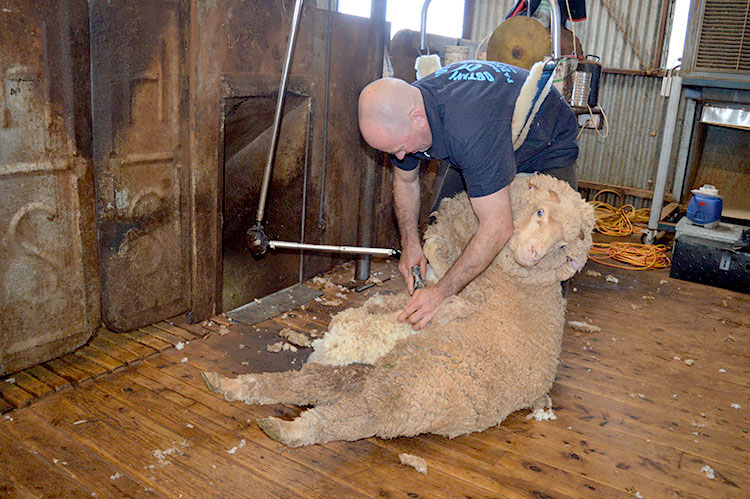 One of the three volunteer shearers who helped out with the wether trial.

“The sheep did exceptionally well on the solar farm.” Ken initiated the trial after he heard from the owners of the solar farm that in France sheep were used to control the weeds under solar panels.

Ken said not only did the sheep use the panels’ shade, but the run off from the pan- els, even with very little rain, produced great feed for the sheep.

Ken said with the approval of a third solar farm north of the Condobolin Road, it was very important not to sterilise agricultural land but to ensure its multi-purpose use.

He said more teams would have participated in the trial had it not been for the drought. The other participants are Gavin Tom, Daniel Westcott, Robert Watt, Dave Johnson, Stafford Orange, Edwin Nash, Richard Green, Geoff Witherow, Ian Westcott and Paul Carty.

For Liz Brown, secretary of the Parkes P.A. & H. Association, the sale of the wool would mean a great financial boost to the society. “Even if it just means keeping the office running.”