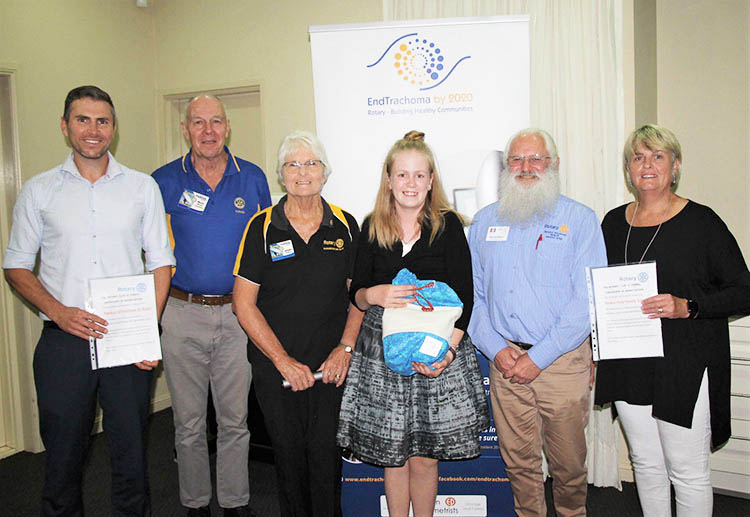 Australia is the only developed country in the world with trachoma and the Parkes Rotary Club is actively helping to prevent its spread.

With the input of community members, the Rotary Club has made up 50 toiletry kits that will be send to a school in the Northern Territory.

“Our club was allocated the Yulara School, a coeducational combined school about 450km south west of Alice Springs,” said Jenny Jewel, who was in charge of the project.

Jenny is very grateful to all the community members who contributed to the project. The youngest was 13-year-old Parkes Christian School student Marnie Noakes who played a major part in the sewing of the bags. “When Marnie heard about the project, she offered her help and ended up sewing 50 bags,” said Jenny. She also encouraged her class mates to write pen pal letters to the children at the Yulara School.

Donna Payne, who teaches at Holy Family School, also organised letters from her students that were included in all the bags.

Jenny said she also had involvement from Eileen Newport of the Indigenous Language Group, while Rotary members Deb Hoarder, Judith Shore and Barbara Thompson helped out too.

Apart from sewing cotton bags, the Rotary Club also filled them with toiletry supplies for the students to use to ensure better hygiene.

Trachoma, an eye infection that can lead to blindness, is easily transmitted between children. The End Trachoma campaign focuses on teaching children good hygiene