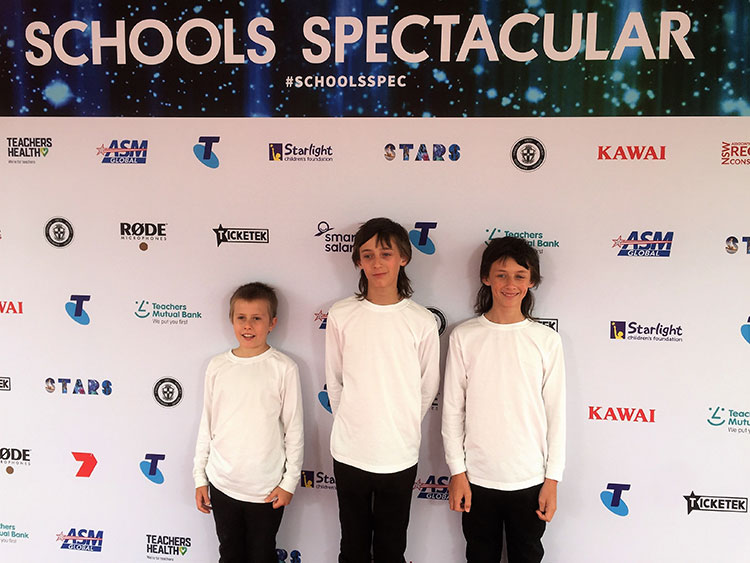 Three of the eight students at Bogan Gate Public School joined 5,500 other performers from public schools across NSW for Schools Spectacular in Sydney last weekend.

Cooper Bond and Jack and Daniel Smith formed part of the primary concourse choir after they auditioned via video to be select- ed. The theme this year was Stars and the school was sent the sound tracks in term 3 to give students time to practise the songs at school and in their own time.

They spent a week in Sydney rehearsing for two days learning choralography (actions to accompany the songs), followed by two long days performing for the public.

The students also engaged in other learning activities including a day at Taronga Zoo, exploring the harbour by ferry and participating in cultural activities around Olympic Park.

The students could attend thanks to significant financial support from the Bogan Gate Public School P&C.

Four Year 7 students from Trundle Central School were in the audience at Schools Spectacular. They travelled to Sydney as part of Wish Upon a Star for students from drought-ravaged schools, whose Principals selected them as a reward for their good behaviour and merit.

Schools Spectacular will be aired on Channel 7 Saturday, 7th December at 7pm.