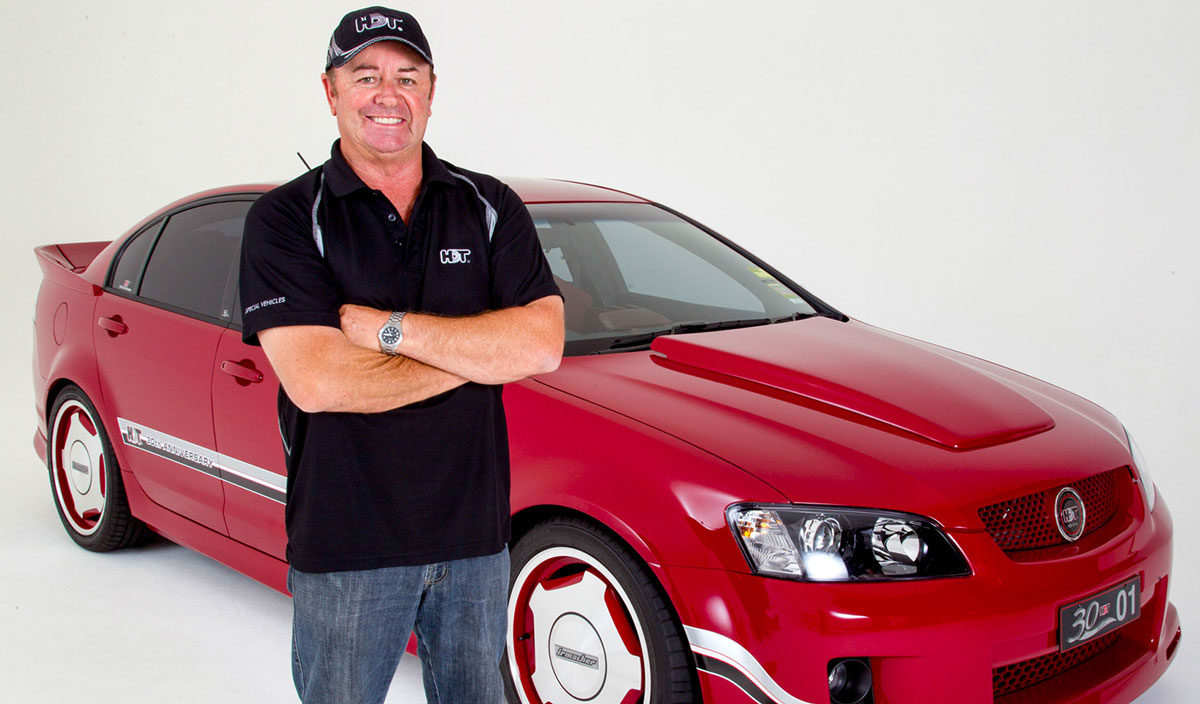 Holden Driving Team Special Vehicles owner Peter Champion with the VE-VC 30th anniversary vehicle that will be on show at the Speedway Exhibition.

Inspired by this year’s Speedway theme, a diverse blend of unique cars have been brought together for the first time ever. Sharing the showroom floor will be a rare collection of Holden Dealer Team (HDT) special vehicles, special Commodore builds, the Anniversary Edition Commodores together with group A cars and a 1980 Peter Brock Marlborough Holden Dealer Team race car.

The exhibition will also see the official unveiling of the 2015VF “Blue Meanies” in sedan, wagon and ute configuration based on the 1985 HDT VK Commodore SS Group A ‘Blue Meanie’ released by Peter Brock and the HDT.

The range racing cars will include the 1977 Brian Burt and 1978 Everlast Ford XC Coupes, an Alan Moffat Tribute Ford Mustang and Peter O Donnell’s BMW 335i which has completed more laps of the famous Bathurst track than any other car.

The list also includes a Porsche 911 GT3, MK1 Ford GT40 and 1965 Shelby Cobra along with NASCARs and a range of speedway cars. As if that isn’t enough to whet your appetite, the feast of horsepower continues with a 327 HK Bathurst Monaro, a VL Walkenshaw Commodore and other powerful cars to get your motor revving.

To further enhance the racing experience, a state-of-the-art virtual reality racing car simulator, as used by professional drivers around the world, will get your adrenaline pumping as you try to be the King of the track.

The display will also include racing memorabilia such as bonnets from various racing cars, racing suits and a diverse selection of intriguing and fascinating collectables.

The Speedway Exhibition official launch at 11am on Wednesday, 20th April is open to everybody where you’ll hear from owner of Holden Driving Team Special Vehicles, Peter Champion who will share some thoughts on the cars and launch of the Blue Meanie Trilogy. 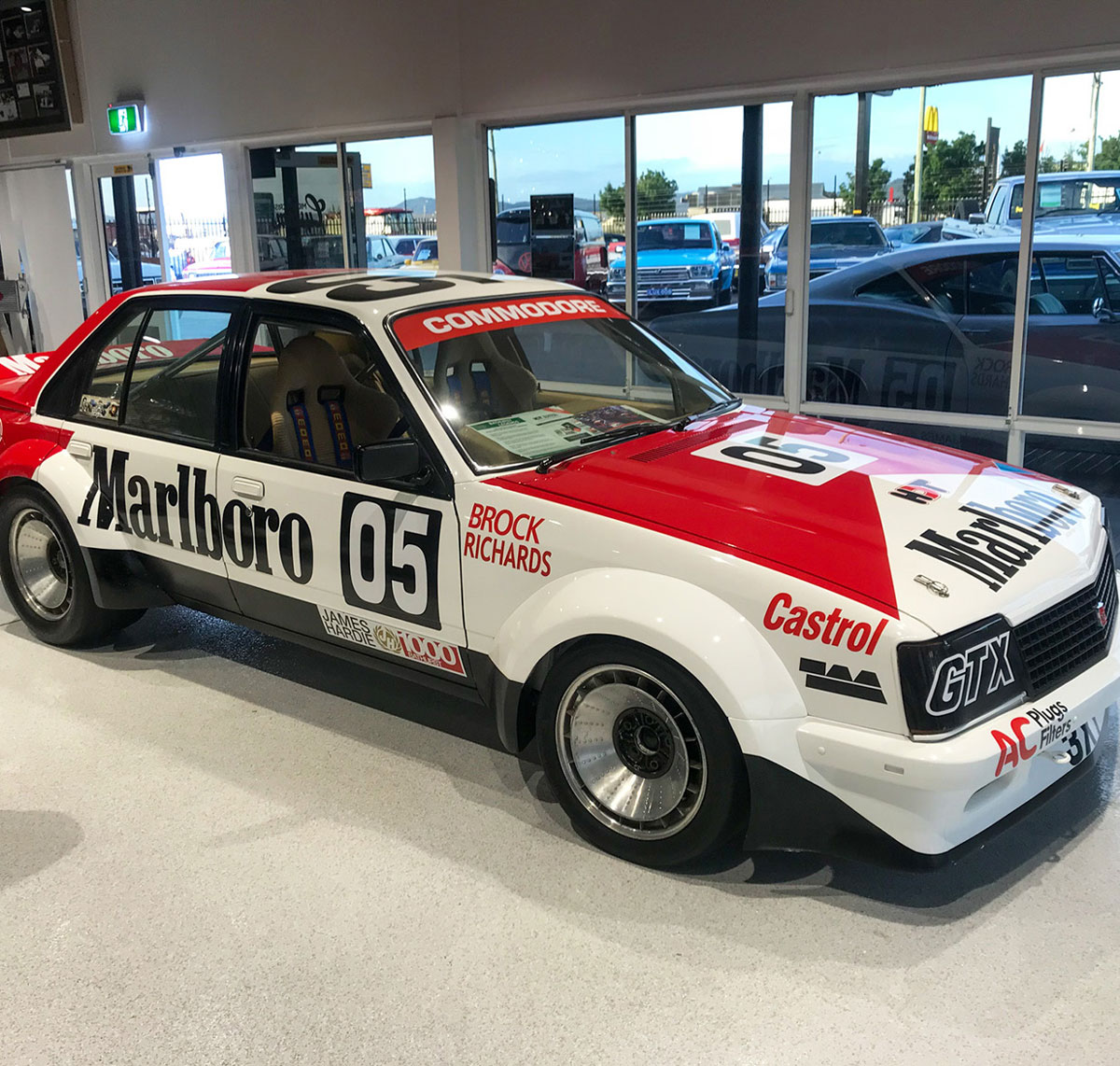 The HDT VC race car will also be on display at the Speedway Exhibition at this year’s Parkes Elvis Festival. The exhibition, to be held in the former Broderick’s car yard in Clarinda Street, is sponsored by the Bogan Gate Pub, and funded by the NSW Government. The exhibition will run from Wednesday, 20th April to Sunday, 24th April from 9am to 5pm with free entry. Everyone is invited to attend the official launch at 11am on Wednesday, 20th April where you’ll hear from owner of Holden Driving Team Special Vehicles, Peter Champion. He will share some thoughts on the cars and launch of the Blue Meanie Tril-