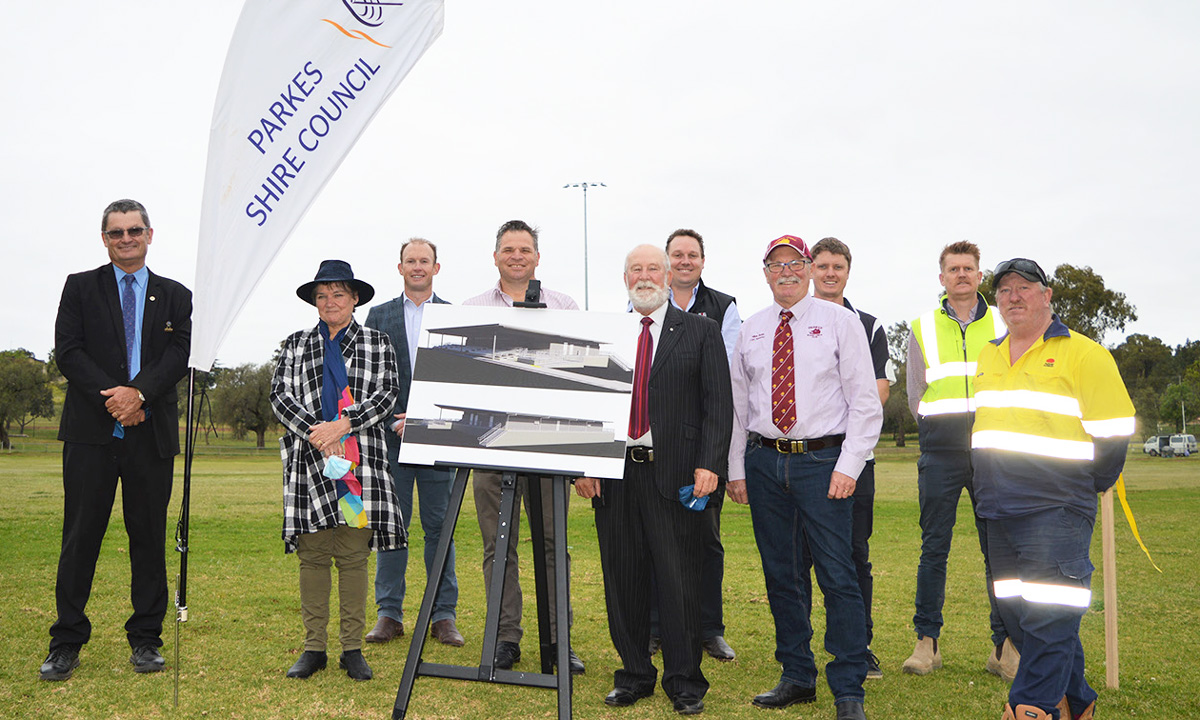 By the end of June next year the Parkes Boars Rugby Union Football Club will have its own $1.6 million facility at the Spicer Oval.

“I can’t express how much this means to our club,” said Allan Ryan of the Boars at the commencement of construction this week. “There is nothing like having your own club house. We are very, very grateful. This is going to be a game changer for our club and give us pride and identity.”

The redevelopment of Spicer Oval will include a modern amenities block, a club-house and canteen with additional function capabilities, plus a viewing platform accommodating 300 people to service year-round participation of a range of different sports. The building contract was awarded to Hines Construction.

While it will provide the Parkes Boars with a dedicated facility and accommodate junior, senior and women’s rugby matches, the oval will also be used for cricket matches of all grades and ages.

Phil Donato MP said it was a very special day for the Parkes Community and a significant project for the Boars, who had won the premiership two years in a row. “It will be good for the Boars to have their own facility and a venue to match other clubs’ facilities in the region.”

Parkes Mayor Ken Keith said it was a great move forward for the oval that was known as the People’s Park originally where the great Donald Bradman had played many years ago. “It has been the home of so much sport in our community and it still is.

He said the next phase would be to level the playing field to include two rugby fields and the cricket pitch.

Stage 1 of the redevelopment of Spicer Oval included the upgrade of the LED lighting in line with the lighting code for night time football and cricket.