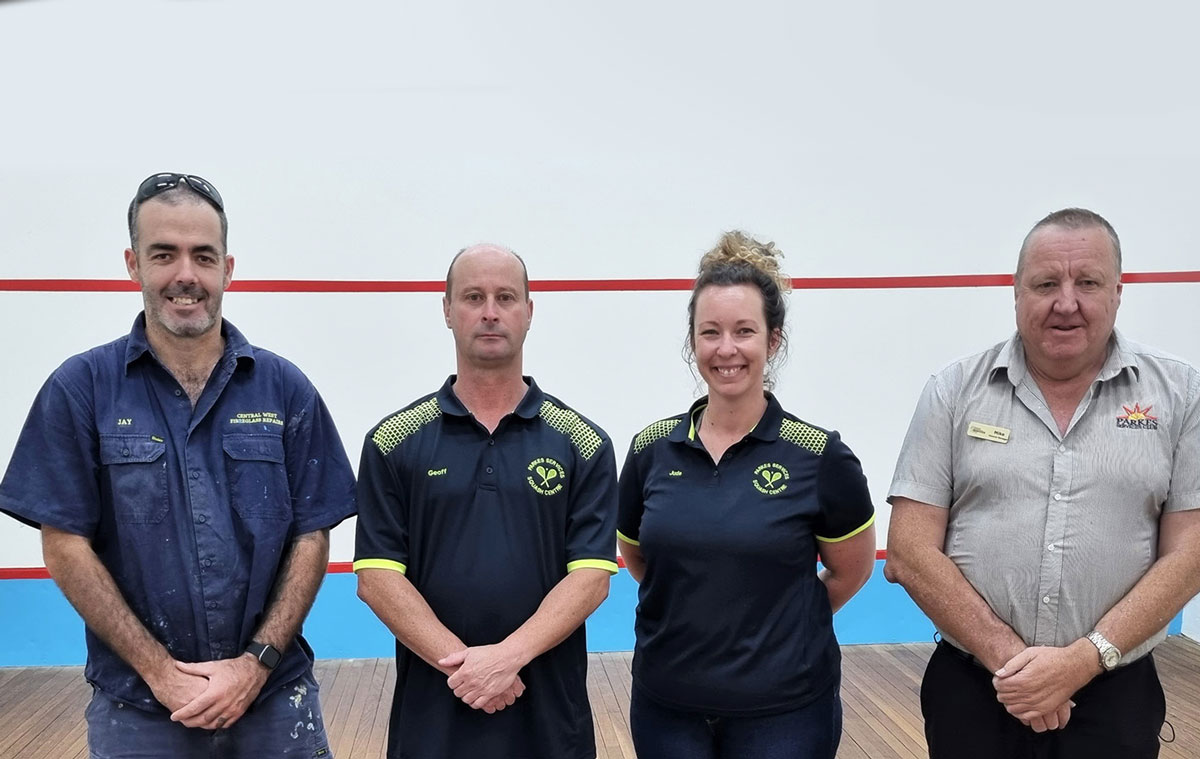 The Parkes Services Squash Courts are looking brand spanking new thanks to a mammoth effort by volunteers.

The centre is managed by Jay and Judy Kross and they received a Stronger Communities Grant of $19,000 to replace a side wall and upgrade three of the four front walls. The builder who was lined up to do the work had to pull out one day before the work was due to start.

Judy, Jay and a handful of members of the squash community decided to tackle the work as the courts had to be in top shape for a big tournament earlier this month with players coming from as far as Tasmania. They managed to get all the work done in two weeks.

Member for Riverina, Michael McCormack was so impressed with their work that he gave them a shout out in Parliament last week.

Judy said the renovations had made a huge difference. “The walls were in such a bad condition that the balls would bounce off them in the wrong direction. Paint would always chip off and we had to sweep the floors after every match.”

She said they had come in under budget doing the work themselves and they had spare money to replace all 72 lights with LED’s and repaint all four courts.