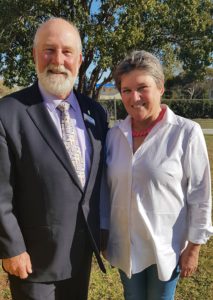 Ken celebrates his 10th year in the position, Barbara marks her third term as Deputy. “I am tremendously proud of what we have been able to achieve during this term of council thus far and I look forward to what the next two years has in store for our region,” said the Mayor.

They will hold office for the next two years, and this will be the last election for the positions for the current term of Council.