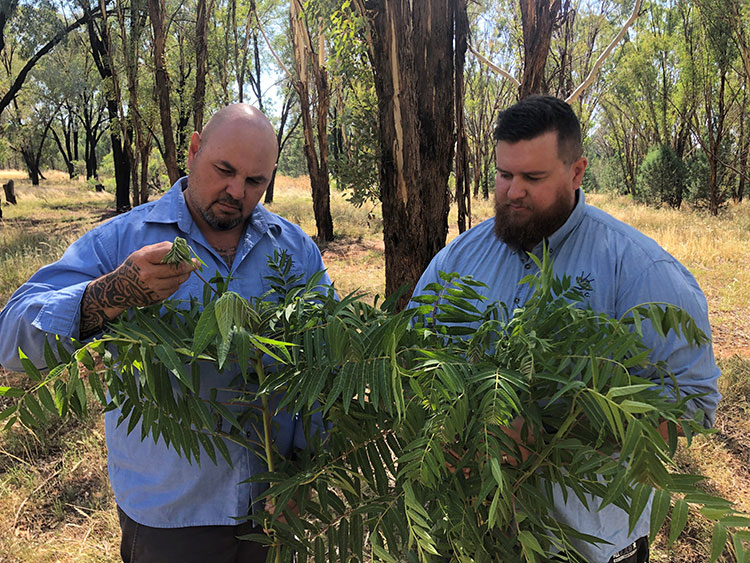 As the summer continues to be wet and warm, landholders in the Parkes Shire are asked to be on the lookout for any new or unusual plants they may see growing on their property or roadside.

“The movement of grain and hay between regions has the potential to spread problem weeds, and the rain has made conditions favourable for the mass germination of potentially destructive weeds,” said Parkes Shire Council’s Director Infrastructure, Andrew Francis. “Livestock feed can contain numerous weed seeds. This poses a significant threat to agricultural production and biosecurity. We are asking primary producers to be proactive and take measures to ensure any potential serious weed incursions are identified and reported to Council as soon as possible.”

In May last year, Parthenium Weed (Parthenium hysterophorus) was found growing on a property in the Shire, with a handful of plants found germinating on adjoining roadsides. Parthenium Weed affects human and livestock health and negatively impacts numerous agricultural practices. It is declared as Prohibited Matter under NSW legislation, and prohibited from being brought into NSW. Anyone who sees it must report it. It is also listed as one of Australia’s 32 Weeds of National Significance.

“This is a prime example of why being vigilant can result in a fast response from local and state agencies to effectively control or mitigate any major new weed incursions in the Parkes Shire,” Andrew said.