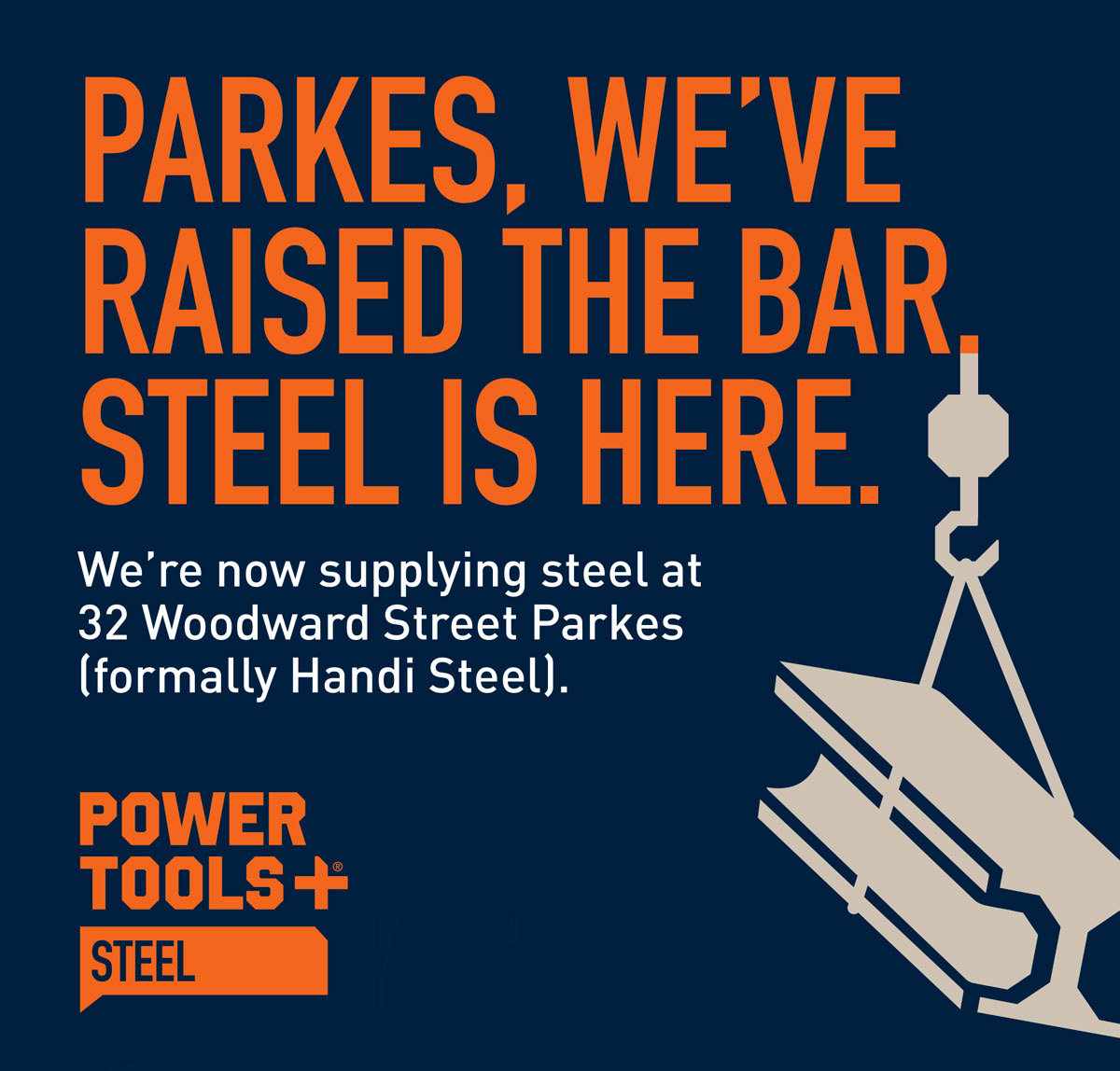 Steel supplies in Parkes is not going to run out following the recent closure of Handi Steel. Power Tools Plus has announced it has purchased the stock and will be temporarily operating from the business site.

“The good news is Parkes will not be without a steel supplier, and it will be business as usual at the 32 Woodward Street premises for the next two months,” said Power Tools Plus Marketing Manager Marianne Casey.

This new purchase is just the start of some very exciting changes for this Central West business, which has three more stores operating in Forbes, Cowra and Mudgee .

Many people would have noticed the signs on the Forbes road of the new premises under construction for Power Tools Plus over the past year. The long wait is over and in the new year the steel yard, as well as the industrial supplies store currently located in Currajong Street, will be moving into a brand new and much bigger space.

While a grand opening is planned for March 2022, the industrial supplies section will start operating from 24th January and the steel yard from 4th February next year.

The new premises has created four new roles, which have all been filled by Parkes locals.

The new store was built mostly using contractors who have been customers of the business. “It was great to broaden our relationship with our customers and swap around the roles,” said Marianne.

With Parkes set to grow into a major hub, the new Power Tools Plus store could not have come at a better time to provide a much-needed service in the region.