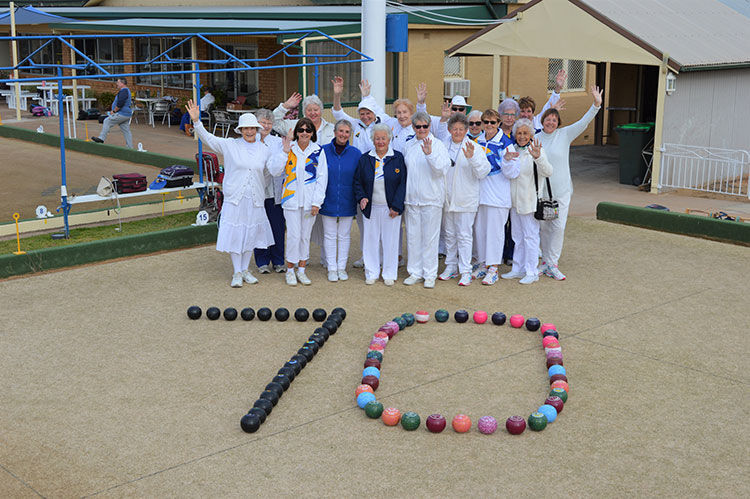 GREAT MILESTONE… The Parkes Women’s Bowling Club celebrated its 70th birthday on Tuesday with a symbolic number 70 on the green. The number seven was packed with old style bowls, and the zero with modern day colourful ones.

Women were allowed to play bowls for the very first time in Parkes in 1951.

On Tuesday the Parkes Women’s Bowling Club celebrated its 70th birthday with some members dressed all in white as the custom use to be.

It all started on the 6th of February 1951 when Gwyneth Rice and Ethel Mitchell called a meeting at the CWA rooms to form a women’s bowling club.

Permission was granted by the men’s club for the use of their greens on Tuesday afternoons with membership pegged at 32. The annual subscription was set at one guinea. The club was affiliated with NSW-WBA on 3rd July 1951 and paid a fee of three pounds ten shillings, plus a levy of nine shillings and three pence per member.

Seventy years later the current president Maureen Miller thinks it’s wonderful that the club is still going. She is also very relieved that they do not have to get permission from the men for all decisions anymore. “We still play on Tuesdays, although in the mornings, with a lot more relaxed vibe than in 1951.” 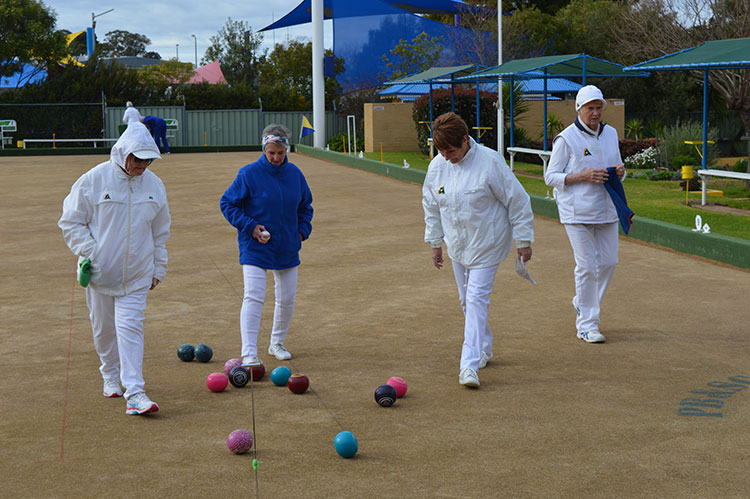 The club has 44 affiliated bowlers and social bowlers and still hold president days and trading table days. “We are now a sea of colour instead of all white, and have become a competitive club with our pennants team qualifying for the state championships in September, and a pairs team going to the state champs in August.”

In a further move forward bowling became the last sport in Australia to unify men’s and women’s clubs when Bowls NSW voted on unification in May this year. Maureen said this move would hopefully bring positive changes for the future of the sport as numbers had been declining over recent years across the state.

The Parkes members enjoyed a celebra-tory lunch on Tuesday after play with the tables covered in lace cloths as a further nod to the past, as well as white China and silver service. Maureen thanked the Parkes Bowling & Sports Club for all the support over the years, and welcomed any new members to join. 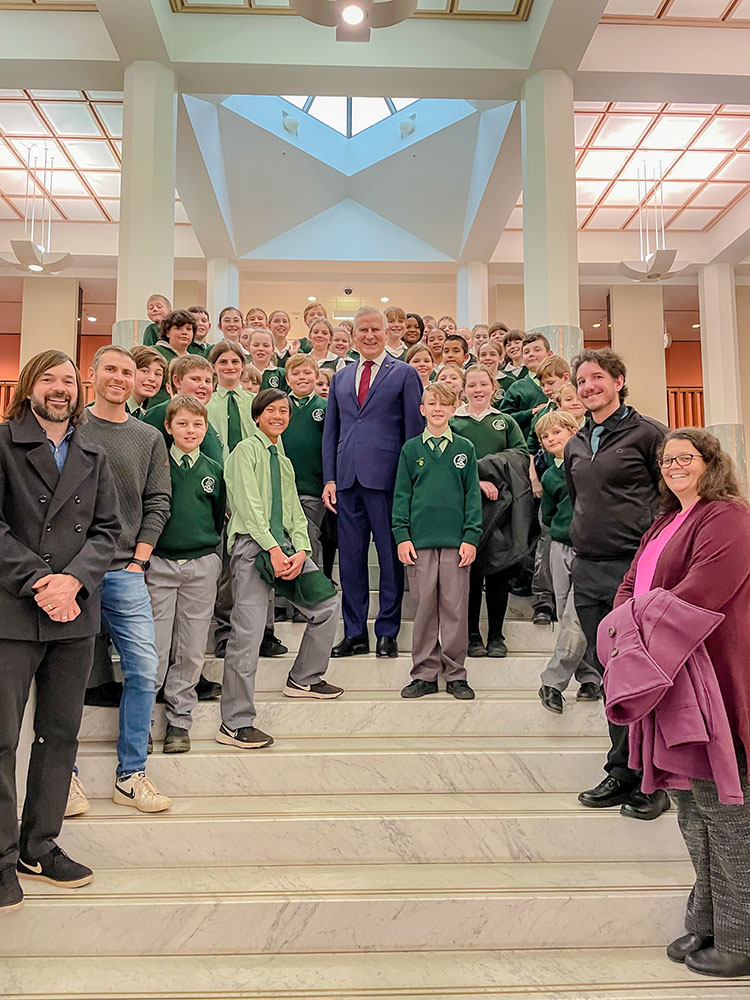 Local Member for the Riverina Michael McCormack met the Year 5 and 6 students at Parliament House and answered their questions.