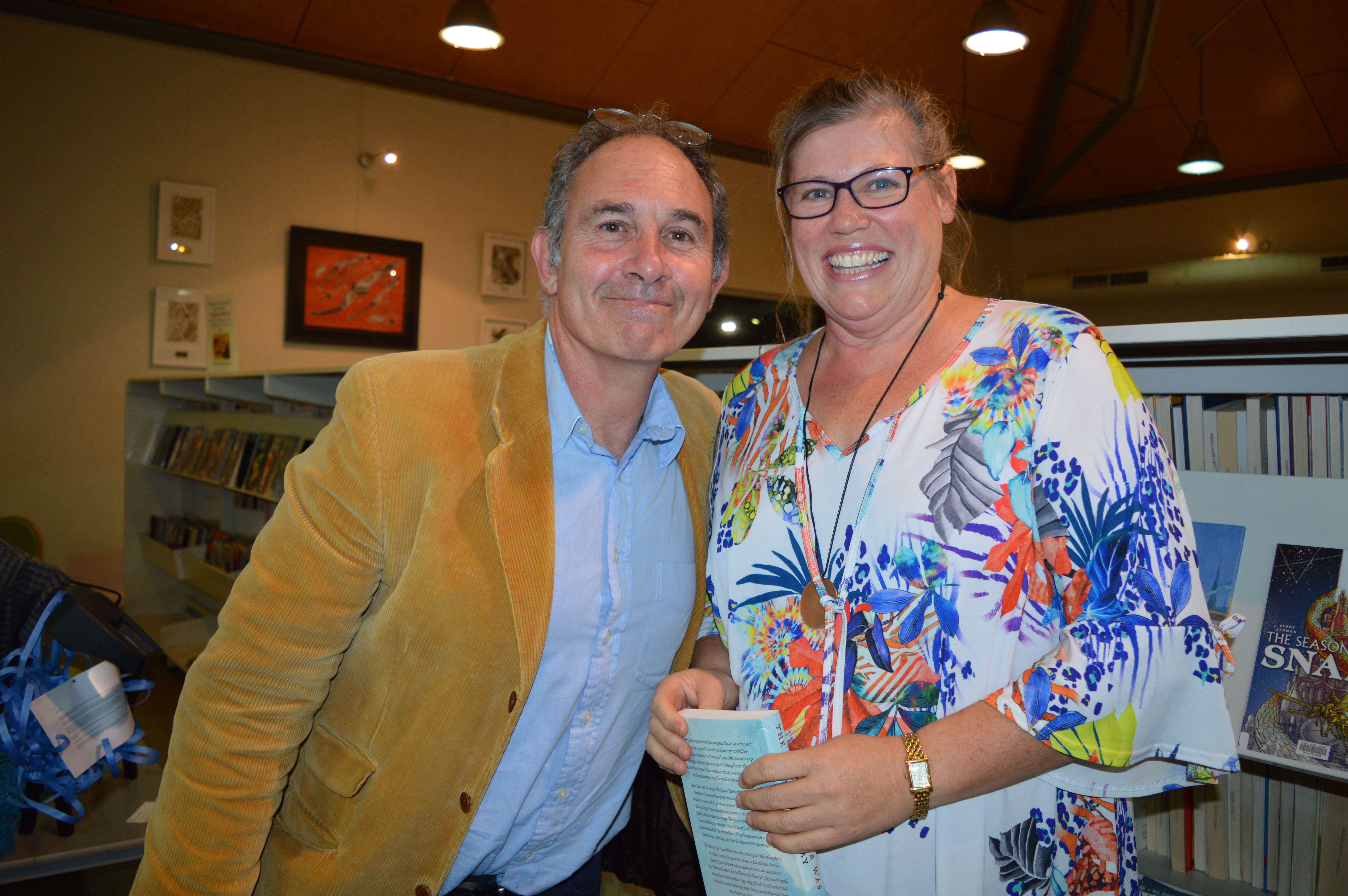 A good audience of over 40 people came to listen to the son of one of Australia’s bestselling authors at the Parkes Library last Thursday.

Adam Courtenay was not in Parkes to speak about his famous dad Bryce, but to promote his own non-fiction book called The Ship That Never Was.

“I am honoured and overwhelmed by the good turn out,” said Adam who based his book on the memoirs of James Porter. “A convict, bit of a thief, bit of a rogue, only had one eye, and loved to lark about stating he was a beer machine maker.”

James could not stop trying to escape, but was not very good at it and ended up being sent to Macquarie Harbour, an extreme penal colony on Sarah Island in the former colony of Van Diemen’s Land, now Tasmania.

According to Adam it was a place where a man would be flogged for looking the wrong way. “You were not allowed to be unwell in a penal colony, and would easily get 50 lashes for being sick!”

James and his mates contrived a brilliant plan and managed to hijack a boat and sail it 6,000 nautical miles to Chile.
“James saw the corrupt system that was tantamount to slavery with great clarity and knew he was a cog in someone else’s economic imperative. He did not want to comply.

We are missing something if we think his story is not worth listening to,” said Adam.