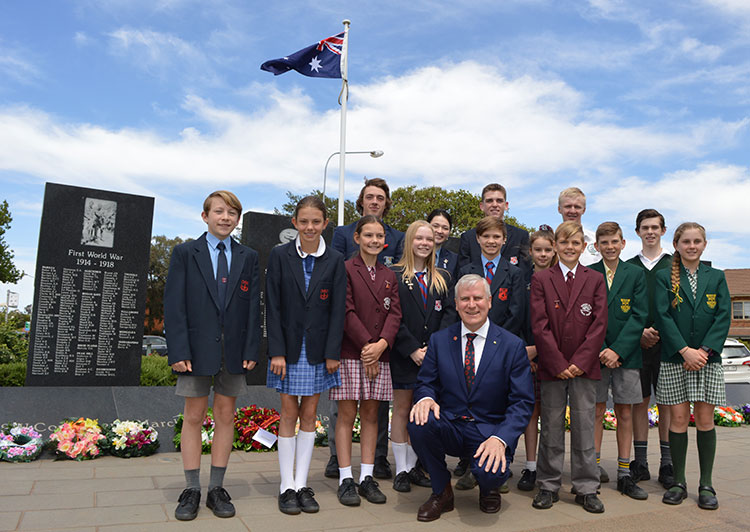 Member for Riverina and Deputy Prime Minister Michael McCormack (middle) with the school captains of the seven schools who took part in the commemoration ceremony on Monday.

School students featured in the proceedings at Monday morning’s commemoration of Remembrance Day at the Cenotaph in Cooke Park.

The school captains of seven local schools read out the names of the fallen in the Parkes district to those gathered for the occasion.

Member for Riverina and Deputy Prime Minister Michael McCormack said in his address the school children, who had read out the names so eloquently and beautifully, had to carry on the tradition of honouring those who had sacrificed their lives for Australia.

“So many names were read out… how many stories, how many lives lost? We owe them our gratitude and need to continue this tradition to remember their sacrifice and service.”

The Deputy Prime Minister met all the students after the ceremony and gave them a memento to keep of the day.

The commemoration on Monday marked the 101st anniversary of the Armistice that ended the First World War on 11th November 1918.

On this day each year, people across the globe observe a minute’s silence in memory of those who have died or suffered in war and on peacekeeping and humanitarian operations.