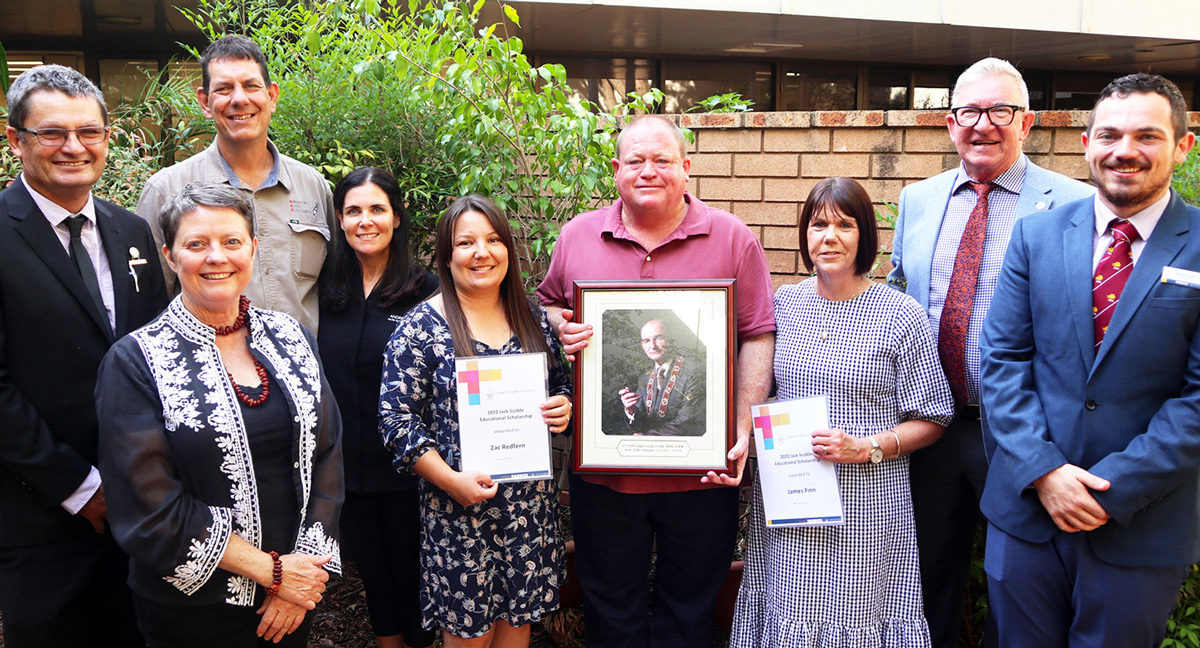 James Finn and Maisy Osbourne who graduated at Red Bend Catholic College, and Zac Redfern from Parkes High School were selected from 12 applicants.

Deputy Mayor Neil Westcott congratulated the three recipients, saying: “Our three scholars all exhibit a strong sense of community involvement, civic pride, leadership and personal integrity, all of which were attributes held in high regard by the late Jack Scoble, who was a strong champion for supporting young people and giving them opportunities to grow and better themselves.”

The three students, who have already started their studies, were represented by their families at the ceremony held at Parkes Shire Council recently.

James has been accepted into the University of Newcastle, where he is studying a Bachelor of Business and Bachelor of Laws (Honours).

Maisy was inspired by her parents to undertake a Bachelor of Business at the University of Newcastle.

Zac has a passion for allied health and has been accepted into Charles Sturt University to study a Bachelor of Health and Medical Science. He is proud to be the first person in his family to go to university and hopes to become a dentist or orthodontist.