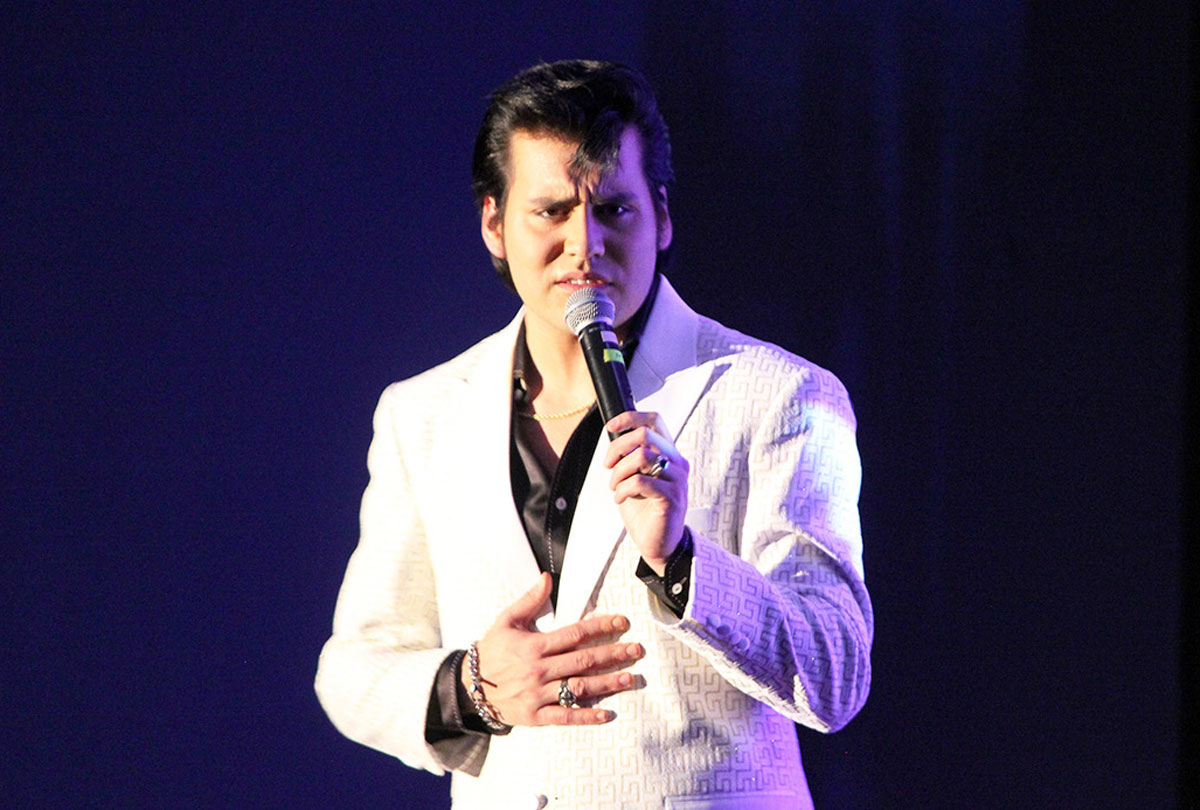 Ultimate Elvis Tribute Artist Champion and Feature Artists at the Parkes Elvis Festival Taylor Rodriguez at one of his shows in Parkes.

He first dressed up as Elvis for Halloween when he was nine, and in 2019 he reached the pinnacle of his career at only 21 when he became the ‘world champion’ of Elvis Tribute Artists.

Taylor Rodriguez swept the crowds off their feet with his high energy shows at this year’s Elvis Festival, but it was the humble kangaroo and koala that crept very deep into his heart on his first visit to Australia. “To be able to take pictures with a koala and kangaroo, is a definite highlight,” he said.

He also rated the people he met in Parkes very highly. “I will always remember the people of Parkes. I want to come back to Parkes every year!”

If it was not for his aunt Diane who played Elvis records and movies when she babysat him, Taylor would never have discovered his passion. “I just fell in love with Elvis’ music. “For Halloween I wanted to be Elvis and I had a jumpsuit made and I started shaking my leg and started practising and going to competitions, and it got me where I am today.”

Coming to Parkes introduced him to a completely new type of festival and fan. He said the Parkes Elvis Festival was quite similar to the Tupelo Elvis Festival where Elvis was born, “but on another level”. He said Parkes was definitely the Elvis festival he would tell everyone to attend.