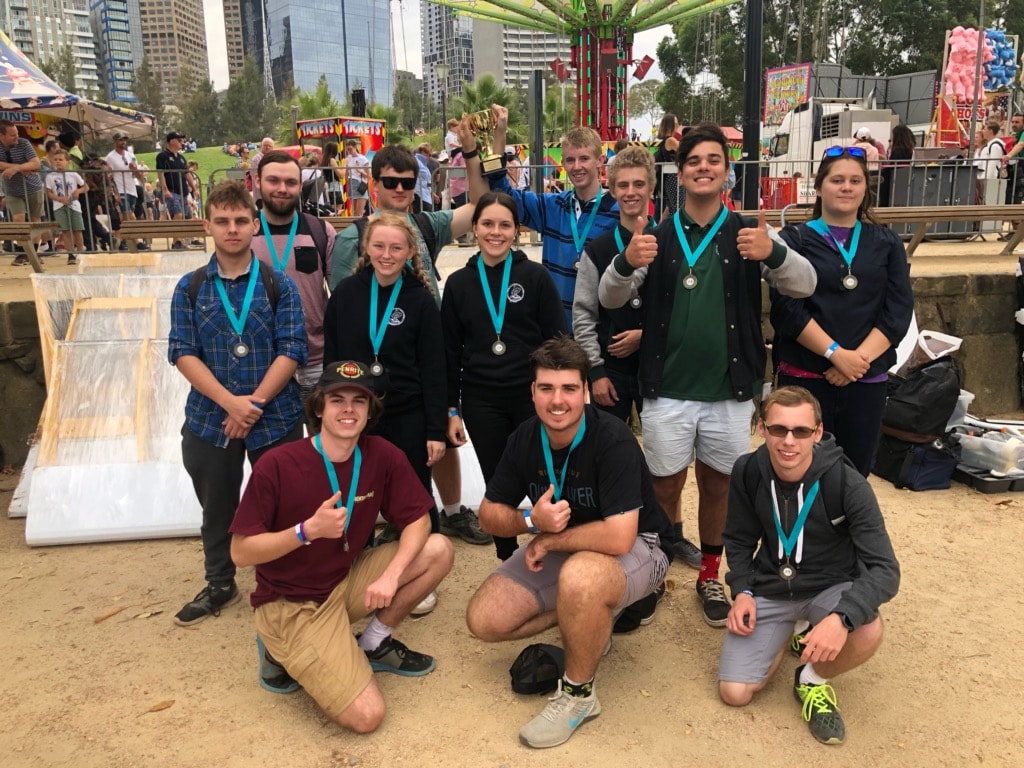 Team Parkes came home with the inaugural school trophy from the Birdman Rally held in Melbourne last weekend.
The impressive flight of 10m piloted by Year 12 Parkes Christian School student Jesse Magill was even more of a victory after the huge disappointment of the Parkes High School team not being able to participate due to the inherent risk to the pilot.

Parkes Christian School very generously welcomed the Parkes High students into the newly formed Team Parkes, and was happy to share the medals with their new team mates.

The 14 engineering students from Parkes were the only entries from outside Victoria. They worked tirelessly for five months perfecting their plane designs to get the longest flight leaping from a four-metre wharf into the Yarra River.

Thousands of spectators lined the banks of the Yarra to watch 19 pilots leap off the platform and raise money for charity. Parkes Christian School won the Flying Class section in 2017 and was very excited to come away with another win for their fourth year of participation. It was the first time students from Parkes High School had participated.