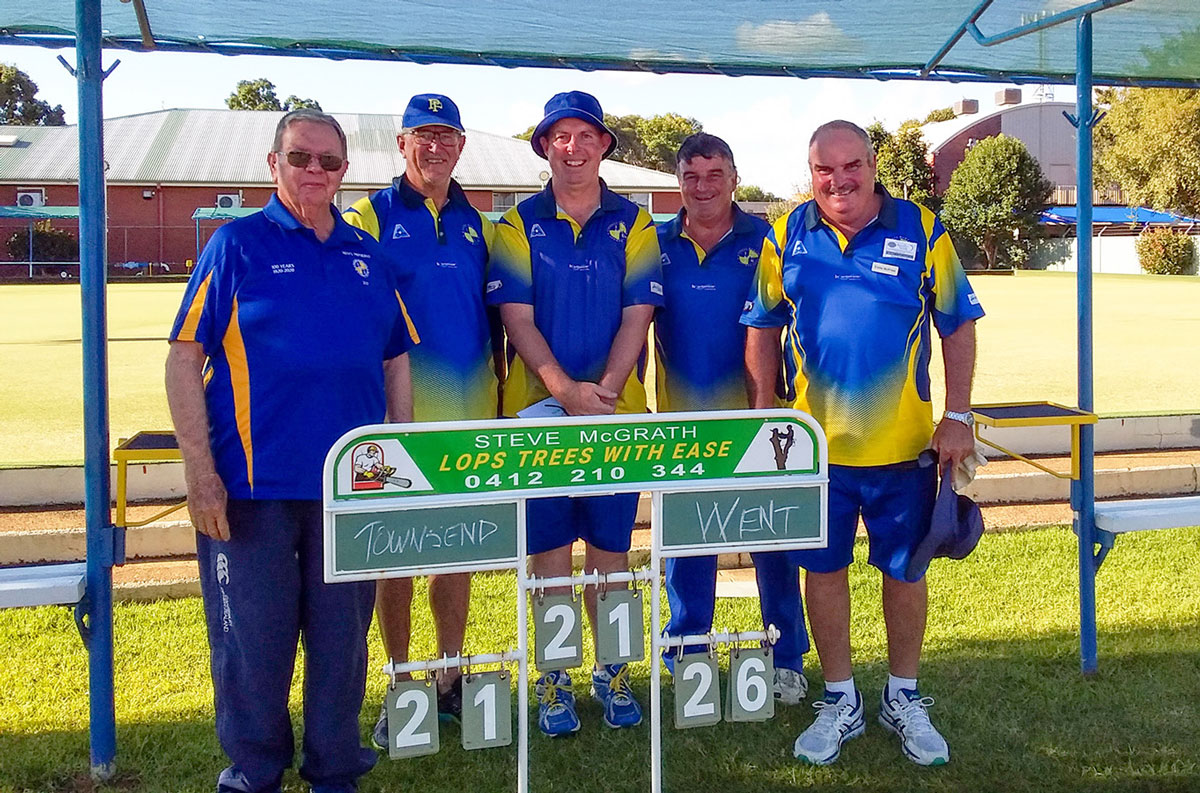 The early ends were evenly divided but Team Went eventually took control of the match and after 16 ends had a commanding lead, 21 – 8. Over the next four ends Team Townsend won three ends scoring four, three and six to Team Townsend’s two and with one end to play the lead had been cut to two shots and the score was 23 – 21. However, Team Townsend could not sustain their run and after a tense last end Team Went scored three shots to win the match 26 – 21.

Congratulations to all the players but in particular to Mick, Mark, Eddie and Pete, the Major Fours Champions for 2022.

In a Major Triples match Rob Tinker, Col Miller and Graham Dixon won the first end but from then on it was the only time they held the lead. The team of Col Hayward, Col Mudie and Rob Irving advanced to the next round with a 23 – 10 win.

Due to the rather wet weather no social bowls were played on Thursday or Saturday last week.

A pairs event will be played on Easter Monday, 18th April at 1 pm. A charity event in support of prostate cancer will be played on Sunday, 1st May. The mixed bows day is open to all bowlers, entry is $15 per player. Play will start at 11 am, and there will be a raffle and prizes. You can nominate a team (single entries will be accepted too) at the club or to colrm53@yahoo.com.au