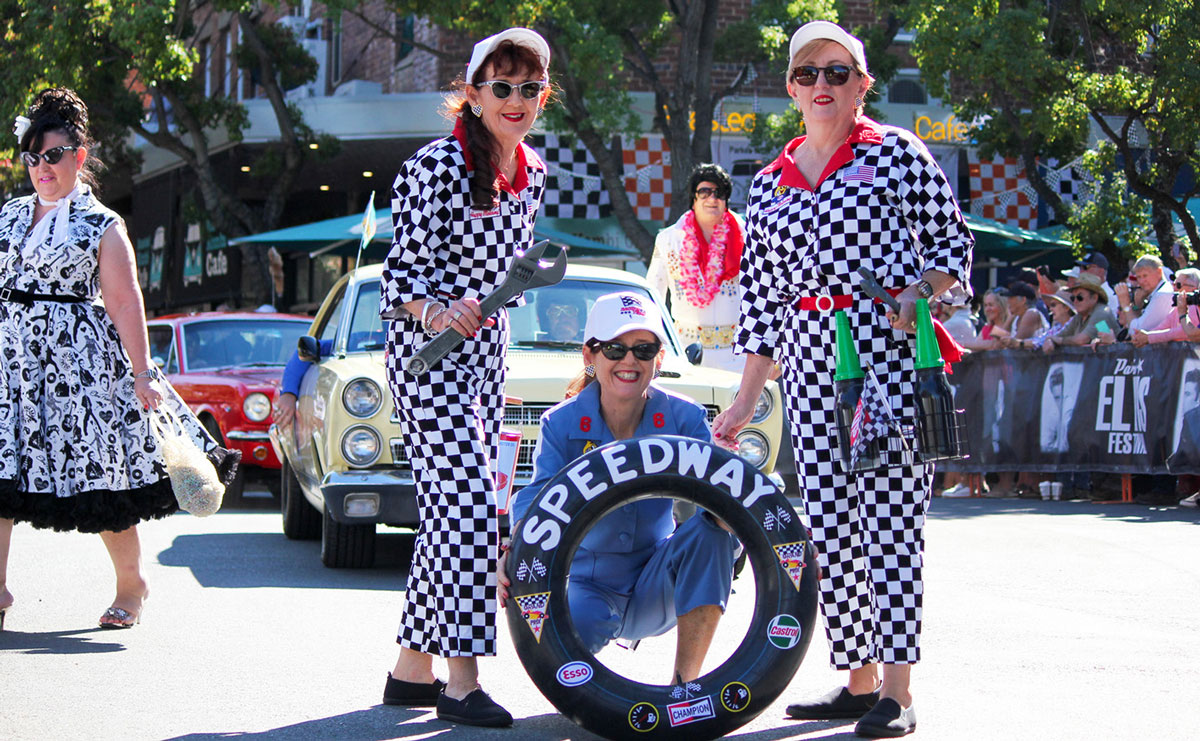 CHEQUERED FLAG FESTIVAL… The Speedway theme this year lent itself to lots of creative costumes for the ever-popular street parade. Festival Director Tiffany Steel said: “After a bit of a break due to the pandemic, it was really magical to deliver the festival this year. The excited energy of our fans was palpable from the very first day, and it only grew from there.”

The blue suede shoes of 20,000 Elvis fans did not get too dusty over the past 24 months as they returned to Parkes to rock ‘n roll in what has been labelled the best Elvis festival in the world.

Parkes could not have asked for a better testimonial than from Charles Stone, tour producer of Elvis, who told a crowd of thousands in Cooke Park on Saturday that the Parkes Elvis Festival was in its own league. “I’ve been to a lot of Elvis festivals all over the world, and nothing compares to this.

“You guys have done the most wonderful job of preserving Elvis’ legacy and I can’t thank you enough. Elvis is looking down today saying, ‘Oh my god they really liked us’.”

Charles said Elvis was very concerned about his fans and every night he would say, “Do you think they enjoyed the show?”

Feature artist and Ultimate Elvis Tribute Artist Champion of 2019 Taylor Rodriquez from Virginia echoed Charles’ sentiments saying: “This festival is unlike anything I’ve ever seen and been a part of. This has got to be the best festival in the entire world, and I’m not exaggerating that. It is absolutely amazing! I can’t thank you enough for allowing me to be part of it.”

Charles said Elvis always asked: “Do you think they’re going to remember me when I’m gone?

“Look at us today! Oh man, he was really worried about that, but today at the Parkes Festival, Elvis has not left the building!”