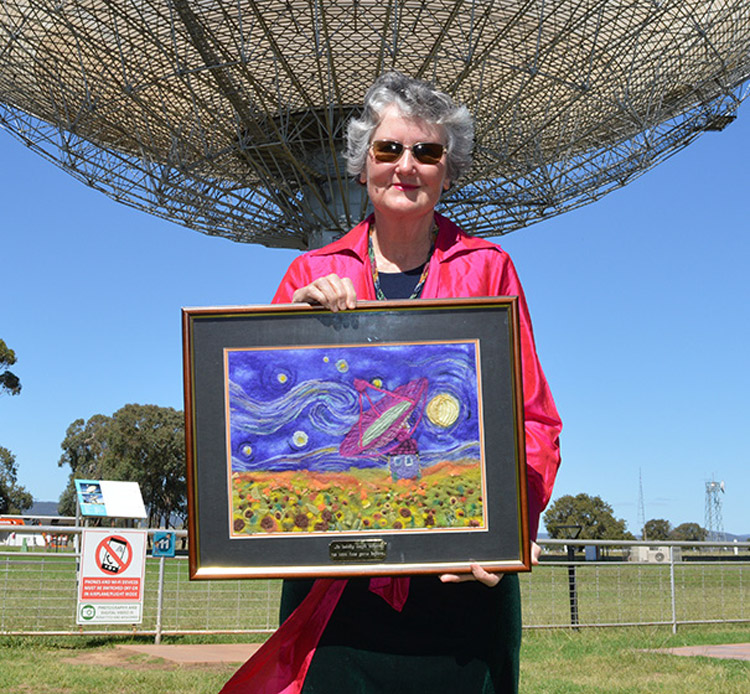 Beryl Twardy is the winner of the art category of the Parkes Radio Telescope 60th Anniversary Competition. Inspired by van Gogh, she used felt to create a scene of The Dish in a field with sunflowers and the famous sky from van Gogh’s Starry Night painting. It took her about 14 days to complete. Her artwork can be seen at the Parkes Library. 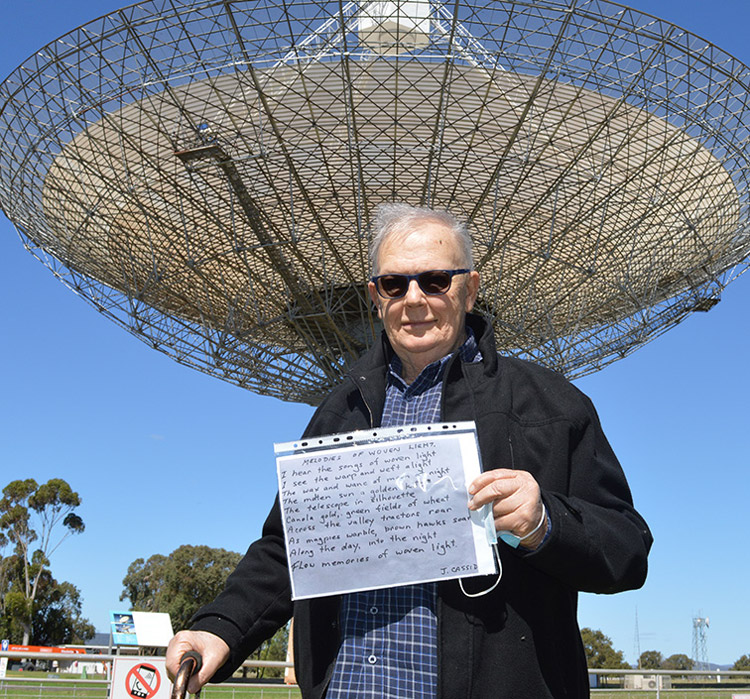 Jim Cassidy received the music prize on behalf of Jason Murchie. Jason entered a song called “Melodies of Woven Light”, which is a poem written by Jim Cassidy. The song also features the sound of two pulsars. The music’s percussion and melodies have been written in response to the interesting sounds Pulsars can generate.