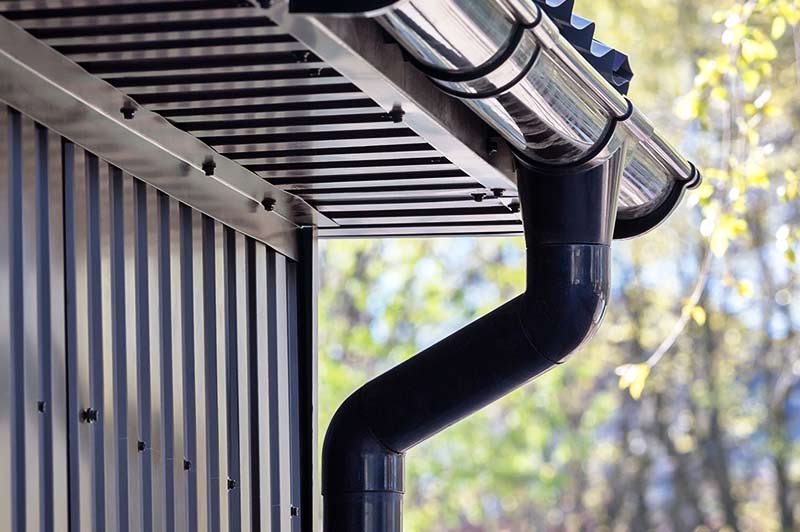 The guttering needed replacing. So, we went on a shopping spree which involved new guttering, gutter brackets, downpipe nipples, corners and downpipes.

When Ian climbed the ladder, he found that in order to pull the guttering off, he had to remove the first row of roof tiles all the way around the house.

Fast running out of daylight, he worked hard to finish replacing the guttering. All that was left was to replace the tiles. The ceilings in every room would have been ruined if it rained before the tiles were back in position. With it now too dark to continue working, we retired, hoping that the fine weather would hold till the job was done.

A different story greeted us in the morning with thick black clouds hanging about. Very aware that he had to have the whole job finished before the first drop of rain fell, Ian climbed the ladder to commence putting the tiles back. He vented his frustration at the seemingly impossible task ahead of him whilst I stood on the ground below and prayed.

In my Bible I had found repeated references to giving thanks in all circumstances and for everything. So, I began giving thanks to God for the threatening weather, for the vulnerable state of the roof and for Ian’s heightening anxiety.

I was immediately convicted with an unassailable belief that it would not rain until the job was completed, so I tried to assure Ian of this and kept repeating it.

Finally, the job was finished. As we walked up our driveway, the first drops fell. The deluge was such that the drains couldn’t cope, and the roads were flooded.