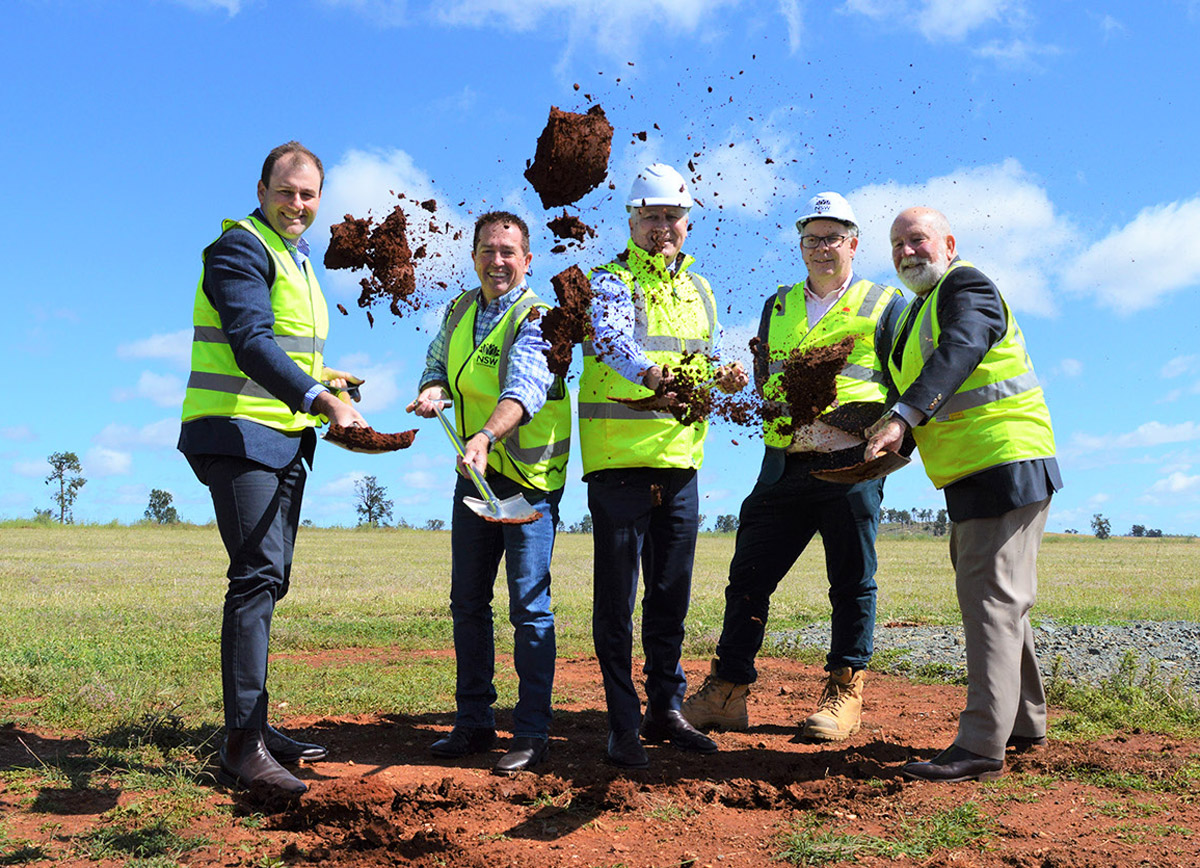 The Newell Highway brings a truck a minute through Parkes, but the biggest infrastructure project ever for Parkes is going to change that.

Calling it the jewel in the crown of the Newell, Deputy Premier and Minister for Regional Transport and Roads Paul Toole said at the sod-turning ceremony on Mon-day the $187.2 million project would deliver a game-changing upgrade to a 10.5-kilometre section of the highway to allow traffic and heavy vehicles to bypass the town of Parkes.

Before Paul Toole, Federal Member for Riverina Michael McCormack, Parliamentary Secretary to the Deputy Premier Sam Farraway, and Parkes Shire Mayor Ken Keith turned the first sods, Yalmambirra of the Wiradjuri Council of Elders conducted the ancient custom of a smoking ceremony at the construction site. Yalmambirra said the smoke from a native plant had cleansing properties and the ability to ward off bad spirits.

The Georgiou Group was appointed in August to manage the three-year construction of the bypass that is expected to create 350 jobs. Mayor Ken Keith said it was an extremely significant day for the Parkes Shire. “We look forward to the potential this project will bring to our community and I encourage local businesses to take advantage of this opportunity.”

Paul Toole said the bypass would take 1,200 vehicles out of the centre of town every day. “This will give the opportunity to return the town to the locals.”

The bypass project includes bridges over existing railway lines and connections to the Parkes Special Activation Precinct to leverage the Inland Rail project and the existing freight logistics hub. Work to adjust or upgrade connections to local roads has been under way since January.

Further information about the Parkes By-pass project is available at: https://roads-waterways.transport.nsw.gov.au/projects/newell-highway/parkes/index.html