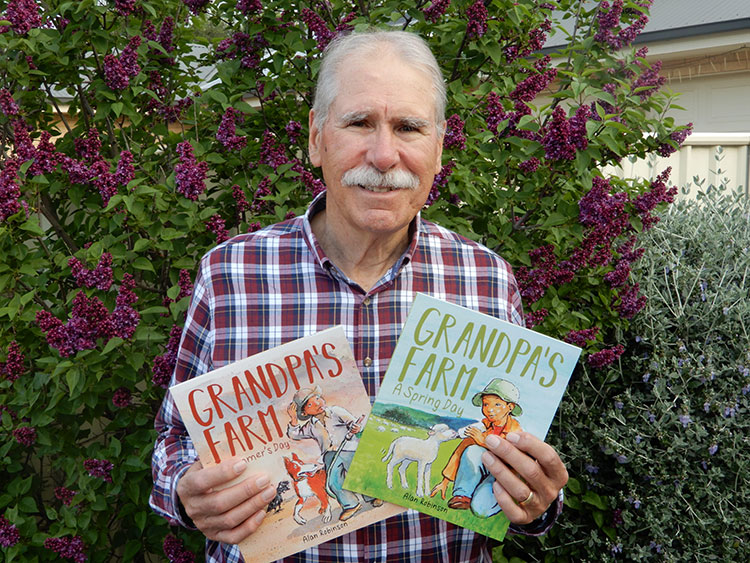 Alan Robinson with the two books he wrote and illustrated.

In our world dominated by technology it can be hard sharing farm life experiences with young children.

Alan Robinson has created a children’s book series of a city boy called Matt who visits his Grandpa’s farm in school holidays. A Spring Day deals with sheep shearing and A Summer’s Day describes the work of grain harvesting and the threat of bush fire.

Alan grew up on a farm near Young and after working the farm with his father for six years, moved to the city. Alan’s wife Sharyn is originally from Parkes.

One reviewer, who grew up on a farm, said: “A Spring Day brought back memories of the smell of lanoline, dust and grease and the angry buzz of the shears and the clatter of sheep’s hooves on the board.”

The books are written in verse and the illustrations are from scenes in the Young, Parkes and Orange regions.

Alan and Sharyn live in Orange in retirement but frequently visit family members in Parkes.

Books three and four: Grandpa’s Farm: An Autumn Day and Grandpa’s Farm; A Winters Day will be available early in 2021 to complete the series.

The books are available at Parkes Visitors and Information Centre and Parkes News and Gifts.