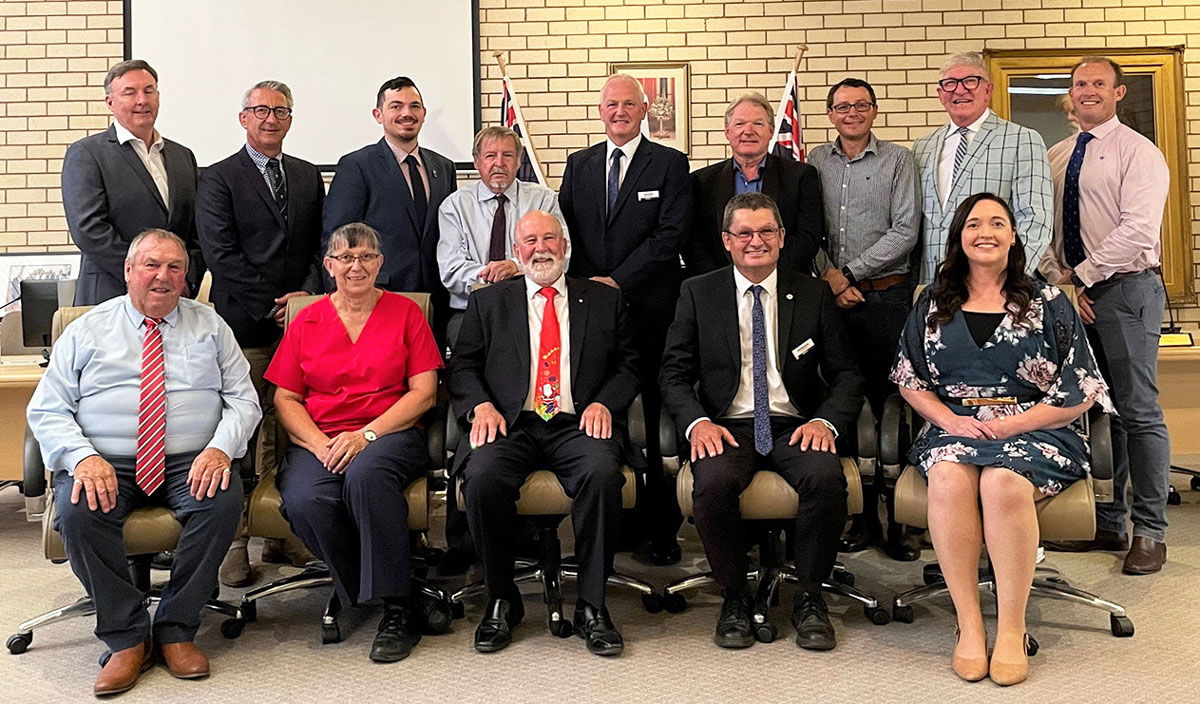 After the NSW Local Government Elections in December last year, 10 councillors were elected to represent the Parkes Shire.

A total of 19 candidates contested the election, with six of them forming a group. All six councillors who stood for re-election were voted back in, and four new candidates were elected. A total of 8,824 votes were cast, which is a turnout of 83.1%.

As part of the December Council Meeting held just before Christmas, the elected councillors chose to say either the oath or affirmation to signify their acceptance to represent the Parkes Shire in local government.

The first Council meeting of 2022 took place on Tuesday, and Mayor Ken Keith congratulated all the councillors on being elected as part of the team to take the Parkes Shire Council forward for the next three years.

Councillors were appointed to the various Council committees at the meeting.

“I am so excited to be taking on committee roles on behalf of Council with so many of our wonderful local organisations who give back to the towns and villages that we live in,” said first-time Councillor Marg Applebee on her Facebook page after Tuesday’s meeting.

Another first timer Jacob Cass said he was “incredibly honoured to recite his Oath of Office and officially take on the title of Councillor for the Parkes Shire. I look forward to what we can achieve in 2022 and the remainder of this electoral term.”