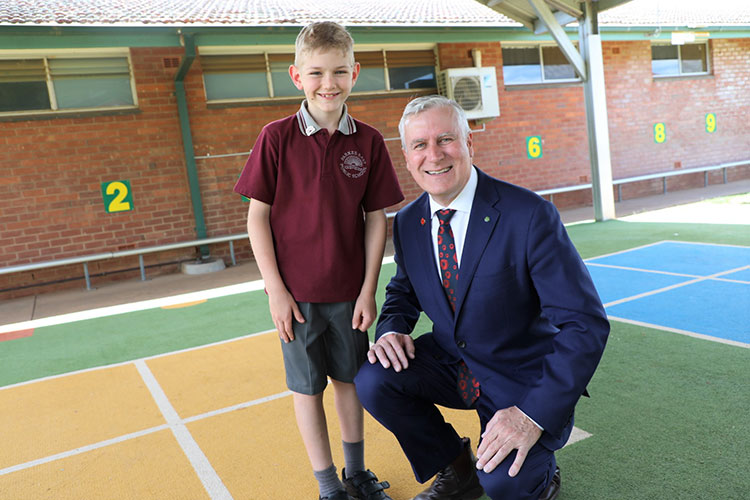 Writing a letter can sometimes bring surprising results as a year 2 student at Parkes East Primary School found out this week.

Eight-year-old Oscar Hendry wrote a letter to the Deputy Prime Minister about his school and invited him to visit. He also said he wanted to be an astrophysicist one day.

The letter made a big impression and on Monday Michael McCormack came to visit Oscar at his school and spent time in his classroom.

He asked Oscar about his favourite subjects, and if the presence of the Parkes Radio Telescope has inspired Oscar to be an astrophysicist.

Michael told Oscar and the students they could be whatever they wanted to be as long as they applied themselves. “Who knows maybe one day you could be like Andy Thomas the Australian astronaut,” he said.

The Deputy Prime Minister also answered questions from the students about his role, and he handed out certificates to students who participated in an ANZAC Day writing competition earlier in the year.