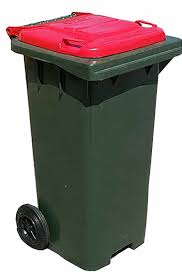 Parkes residents are using the three-bin system effectively by correctly separating waste to reduce landfill. Findings from the waste audit conducted in March indicated a significant decrease in the contamination of recycling and compostables since the introduction of the three-bin system in April last year.

“This indicates locals are making concerted efforts to ensure they are correctly disposing of recyclables and organic matter into the correct bins.” While progress has been made in reducing the contamination of the yellow and
green lid bins, Steven said there was still plenty of room for improvement when it comes to the general waste bin.

“Changing to a fortnightly collection has been a huge success, with the red lid bin filled to 80% of capacity on average.” “However, the results showed that contamination of the red lid bin remains very high, with compostable matter making up 53% of the overall composition of the general waste bin, and recyclables totalling 23%.”

Residents are encouraged to be mindful when disposing of food scraps and recyclables as organic matter can be processed into mulch, and recycled material will be processed and manufactured into new products, when separated into the correct bin.

The aim of the audit was to identify opportunities for diversion and to identify where Parkes Shire residents can improve. A total of 220 residences were sampled as part of the audit. The three-bin kerbside collection system was introduced to recover more recyclables and organic material from entering the landfill stream.

To find out what goes in what bin, check out the Parkes Waste Services Guide.