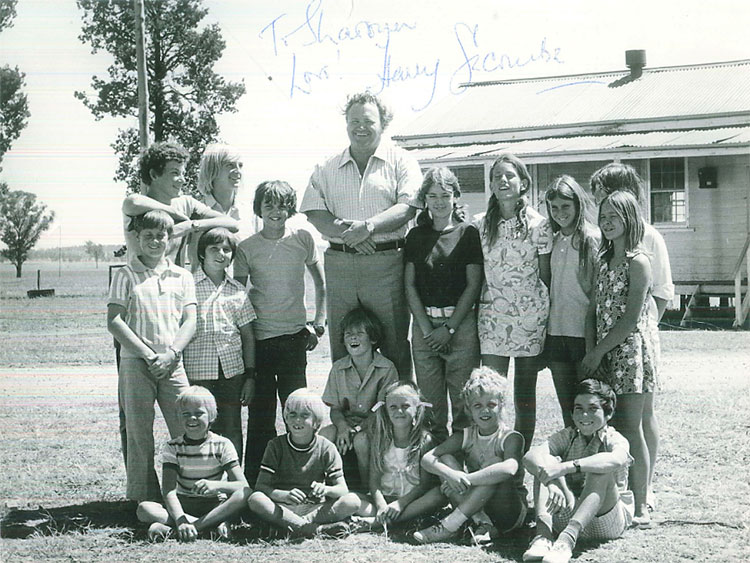 Lead actor Harry Secombe signed this photo for each of the 14 Parkes kids who appeared in the movie. Sharryn Cunningham is seated with pigtails and bows.

Have you seen the movie Sunstruck? Interest in the movie has spiked considerably since local historian Dan Fredericks wrote a blog about it.

Dan said it was a big thrill to uncover the experience on behalf of those involved and stirring up memories of a truly novel and happy time in the district’s history.

As the producers paid homage to the locals by holding the worldwide premiere in Parkes on 25th November 1972, another big event for its re-screening would only be appropriate.

Dan and his manager Kerryn Jones are keen to organise a reunion of all the locals involved in the production with a screening of the movie. “We’d like to do something big for the library. A public showing, with local cast and a Q&A maybe. But first our new library building needs to be completed and the COVID-19 regulations lifted.”

He had already been contacted by some of the child actors who now live on the Central Coast and in Canberra.

“There were only a handful of Australian movies made in the 1970s, which makes Sunstruck a really important movie,” said Dan.

Sunstruck, with a budget of $400,000, was the second film ever to receive funding from the then fledgling Australian Film Development Commission.