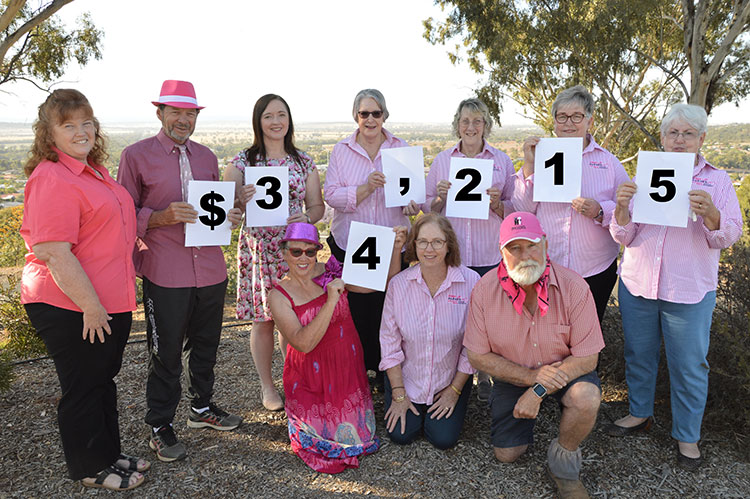 The very first Pink Up Parkes campaign exceeded all expectations with well over $34,000 raised for the McGrath Foundation during October.

“It is very exciting what was achieved considering we are in the midst of a severe drought,” said Marg Applebee of the Pink Up Parkes Committee. “We aimed for $20,000, and the final amount has not been confirmed as money is still coming in.” She said donations could still be made, and asked all businesses and organisations to deposit any outstanding money.

Chairperson of the Pink Up Parkes Committee, Carolyn Rice OAM thanked the community for their enthusiasm and support, as well as her committee members who had put in many hours to make it all happen.

Community members, businesses, schools, organisations and clubs got onboard and organised a variety of different activities, events and fundraisers in support of the campaign. Marg said the committee did not even know about all the events.

As the plan is to run the campaign again next year, she asked people to put it in their calendars and start thinking about how they would like to get involved.

The Pink Up Parkes Committee thanked the Parkes Shire Council, Central West Lachlan Landcare and the Parkes Business Chamber for all their support in making it a huge success.