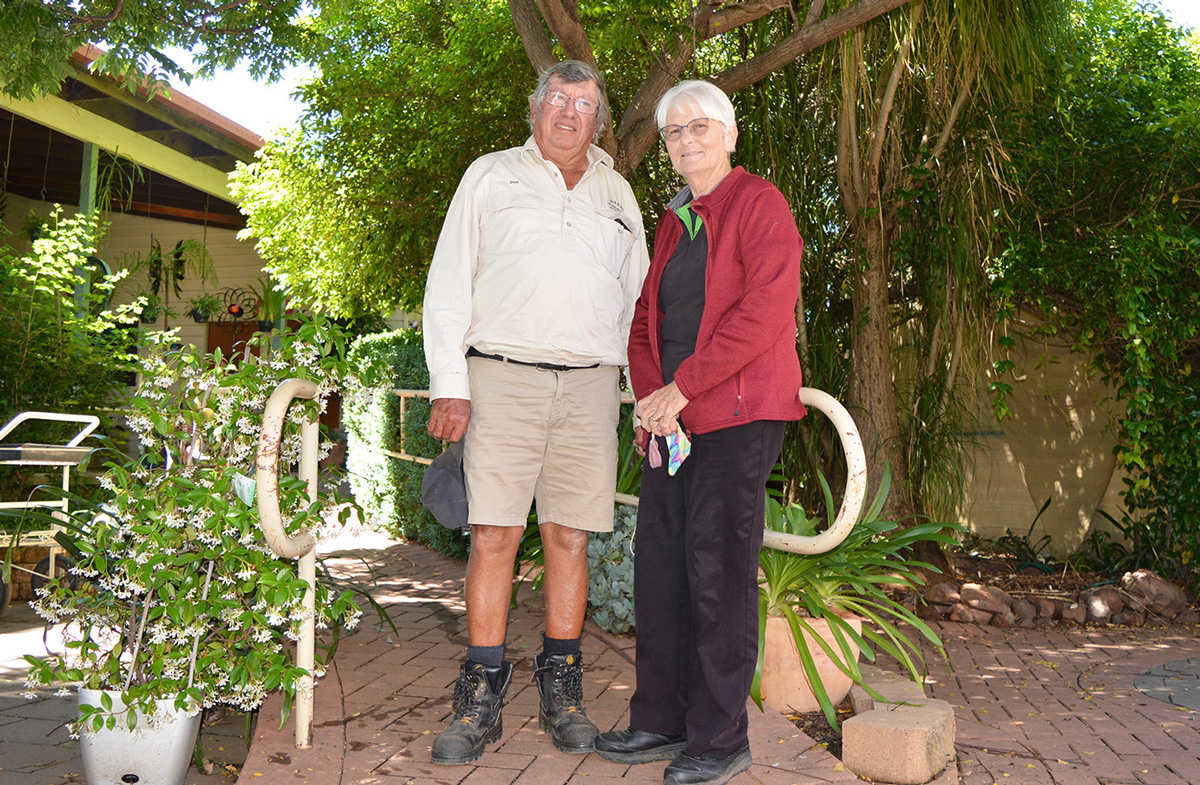 END OF AN ERA… Don and Jenny Jewell under Don’s favourite tree at Greenparkes Nursery. They have tried for five years to sell the nursery, but sadly had to settle selling it as a business property. “We truly appreciate the support of the Parkes community over the years and the many tributes that have been paid since the announcement of the sale.”

Those of us with a green thumb and gardening ambitions have all tapped from the perennial stream of local flora knowledge Don and Jenny Jewell of the Greenparkes Nursery has offered in abundance to clients over the past 21 years.

After surviving several droughts, COVID and various other challenges over 43 years in business, the recent sale of their business property will test their ability to really wind down and relax in retirement at their home near Mandagery.

Their business career began in Lithgow in September 1978 with the purchase of a BP service station. The hours were long, starting at 5am and finishing at 11pm each day, seven days a week.

In 1980 they bought the BP Telescope service station to fulfill Jenny’s wish to return to Parkes to be with her family, Dorothy and Ernie Green.

For the next 29 years they operated a number of service stations, culminating in the rebuild and operation of the BP Truckstop into a highly successful business.

In 2000 when multi-site franchising became the new norm, Don decided it was time for a change as he would never “go in debt for an oil company”. As he loved landscaping and plants, the Jewells opted for a more leisurely, “smell the roses” pace at the Greenparkes Garden Centre.

They made a major investment to develop the current site on Forbes Road, and it was ready just in time for the millennial drought. “The town virtually ran out of water,” said Don. “Profit margins disappeared, interest in gardening waned, and we had to branch out and specialise in order to survive.”

Jenny had to close the coffee shop after seven years to help out in the nursery. “I was learning on the run.” Together they became a formidable team with a passion to find the best suited plants for the Parkes climate and to educate clients about gardening. “We were lucky to have had Jenny Drady for the past 13 years with her extensive knowledge.”

While their business was in the retail and supply of plants, Jenny said her best memories would always be of the more than 200 people they had employed over the years, especially the young people they had started in their first job.

Don’s best memories are of all the challenges that came across their path and how they had always found a way out.

“Our family kept us going,” said Jenny. “We have three lovely kids, and five beautiful grandkids, and there were times we had to go without seeing them very much, but they were always in our hearts.”