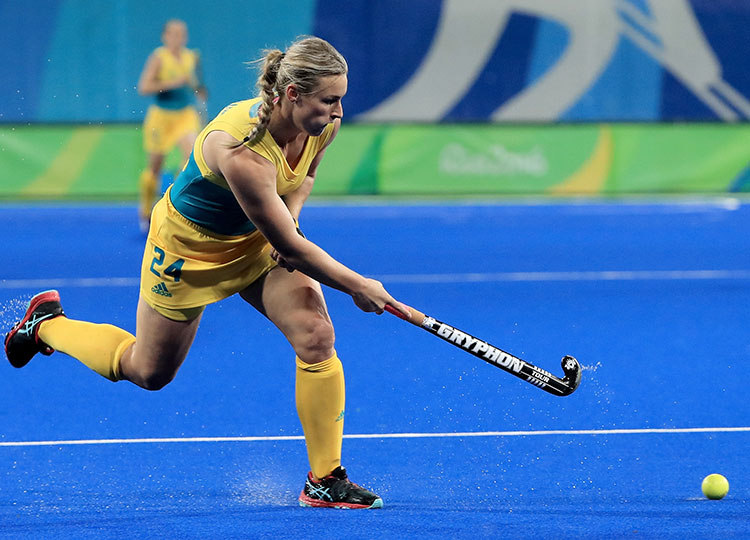 Mariah Williams will go to her second Olympic Games in Tokyo later this month. The hockey competition will run from 24th July to 6th August at the Oi Hockey Stadium. (Photo: www.olympics.com.au)

Parkes hockey fans will be glued to the TV during the Tokyo Olympic Games as local superstar Mariah Williams was recently named in the Hockeyroos squad to attend her second Games.

Mariah, who has a hockey field named after her in Parkes, played her first Olympic Games in Rio de Janeiro in 2016.

She was born in Parkes and started playing hockey at the age of four. According to her profile on the website for Australian Olympic athletes, she always admired the work of Australian hockey player Casey Sablowksi for both her talent and mentoring abilities. While attending Middleton Public School, triple Olympian Stephen Davies who also grew up in Parkes, visited the school to pass on the Olympic vision.

Mariah began to excel in hockey, and at age 13 move to Newcastle to attend Hunt-er Sports High to be in a more competitive and focused environment.

Mariah achieved her first international cap in April 2013 at the age of 17 during a test series against Korea in Perth. She quickly climbed through the ranks and gained her first regular fixture in the Australian team in 2015. She competed in every major international tournament, including winning gold in the Oceania Cup.

She has represented Australia 86 times and has scored 16 goals.

Despite battling some serious injuries in recent years, her determination and drive kept her going to get back into form and be named in the Hockeyroos squad.

As a proud Wiradjuri woman, Mariah is passionate about furthering recognition for indigenous culture and has been named as an ambassador for the 2021 Australian Institute of Sport (AIS) Share a Yarn pro-gram. She hopes with this opportunity she can help people learn and share the rich history and stories of the Indigenous Australian community.