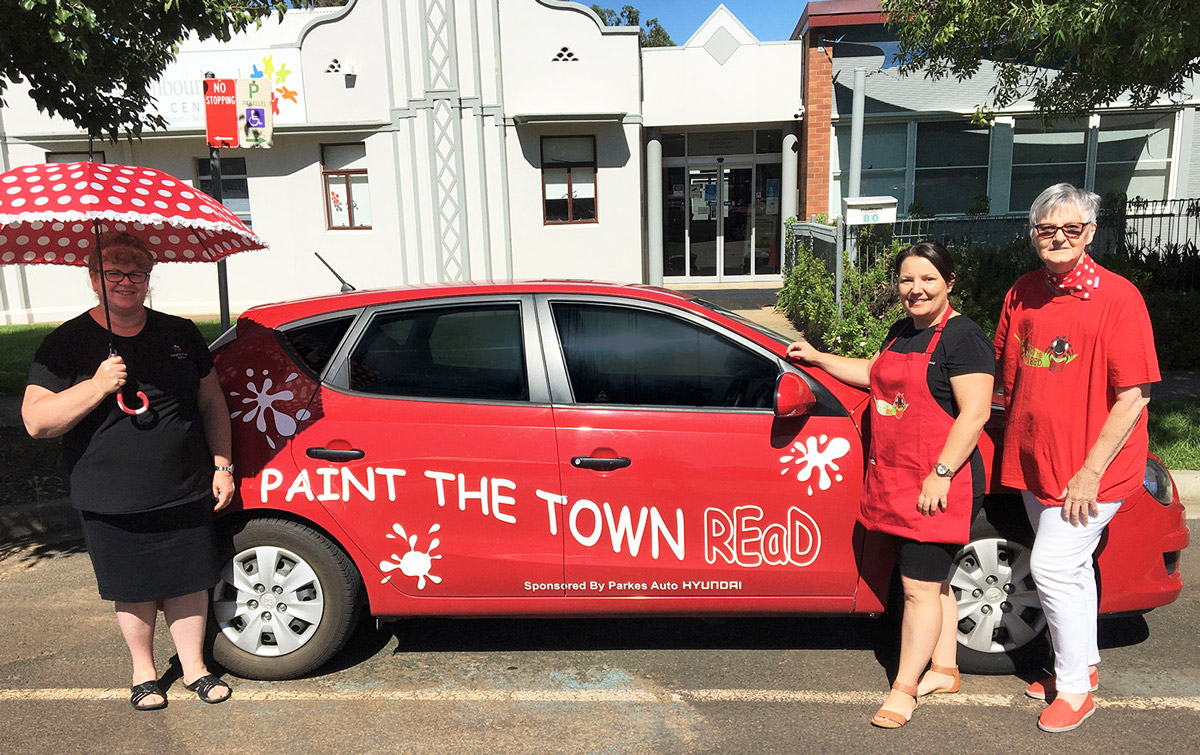 As Parkes is the birth place of a movement that has gone national, many residents will know its signature red car.

Founder of Paint the Town REaD (PTTR), Rhonda Brain, decided it was time to give someone else a turn to sit in the driver seat of the other famous ‘big red car’. Rhonda has travelled thousands of kilometres since the launch of Paint The Town REaD in 1997 helping and encouraging many of the 98 communities across Australia who are now avid supporters of the movement’s key message: REaD, Talk, Sing and Rhyme with your child every day from birth.

Rhonda recently handed over the keys to Neighbourhood Central where Paint Parkes REaD Co-ordinator, Shonel Redfern, will be responsible for keeping the all-important message spreading in the community.

“Most of us are now aware that one of the valuable ways to encourage early literacy is through community involvement, and both the original and present committees are so grateful for the continued, cooperative, and generous interaction with, and engagement of, our community,” said Shonel.

Rhonda will remain actively involved in Paint Parkes REaD and its committee members who are already getting ready for this year’s Community Reading Day to be held during Book Week in August.

Rhonda will also continue in her position as creative director of the national board. Rhonda and Shonel are working with Executive Director Barbie Bates, and the NSW State Co-ordination Robyne Harrison looking into the feasibility of holding the 9th National Conference in the Parkes Shire next year. To this end, Barbie and Robyne will be in Parkes in early March.

Next year marks a very special anniversary and gives Parkes more reason for hosting the conference as it will be 25 years since Birth to Kindergarten (now Paint The Town REaD) began its major promotional activities across our community. There are so many memories here!