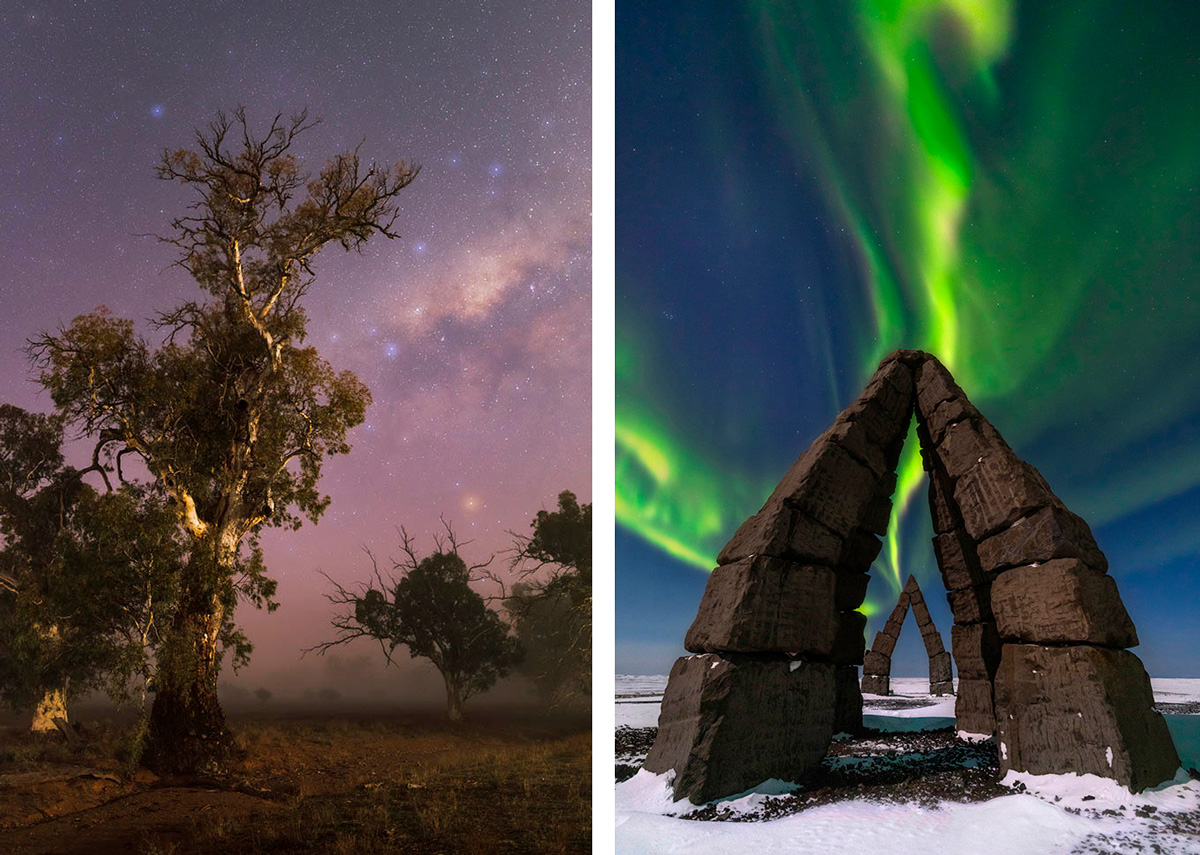 Left: Old Giant in the Fog by Ian Inverarity was named the overall winner of the David Malin Awards. Right: The Photo Editor’s Choice went to Jarrod Andrews for ‘Beams at the Arctic Henge’.

A South Australian photographer was named the overall winner of the prestigious David Malin Awards in astrophotography at the Parkes Radio Telescope on Sunday.

Ian Inverarity entered the Nightscapes category with his image called ‘Old Giant in the Fog’ for which he won the top prize.

The competition received entries from every state and territory of Australia and as the premier competition of its kind in Australia, a panel of distinguished Australian astrophotographers judged the category entries. Dr David Malin judged the overall winner from the list of these winners, as the best in show. The judging panel included Phil Hart and Alex Cherney, previous winners of the David Malin Awards, and of numerous other national and international astrophotography competitions.

It was not just technical skill that was awarded. The prizes went to pictures that captured the beauty of the sky and the intrinsic interest of astronomy in an aesthetically pleasing manner. Celestron Australia supported the competition with prizes to the value of $10,000.

The finest images will be exhibited in two parallel exhibitions. The first will be on show at the CSIRO Parkes Observatory’s Visitors Centre for the entire year. The second exhibition, organised by the Museum of Applied Arts and Sciences, will tour Australia beginning in October. Last year’s received over 200,000 people Australia-wide making it the largest photographic exhibition in the country.