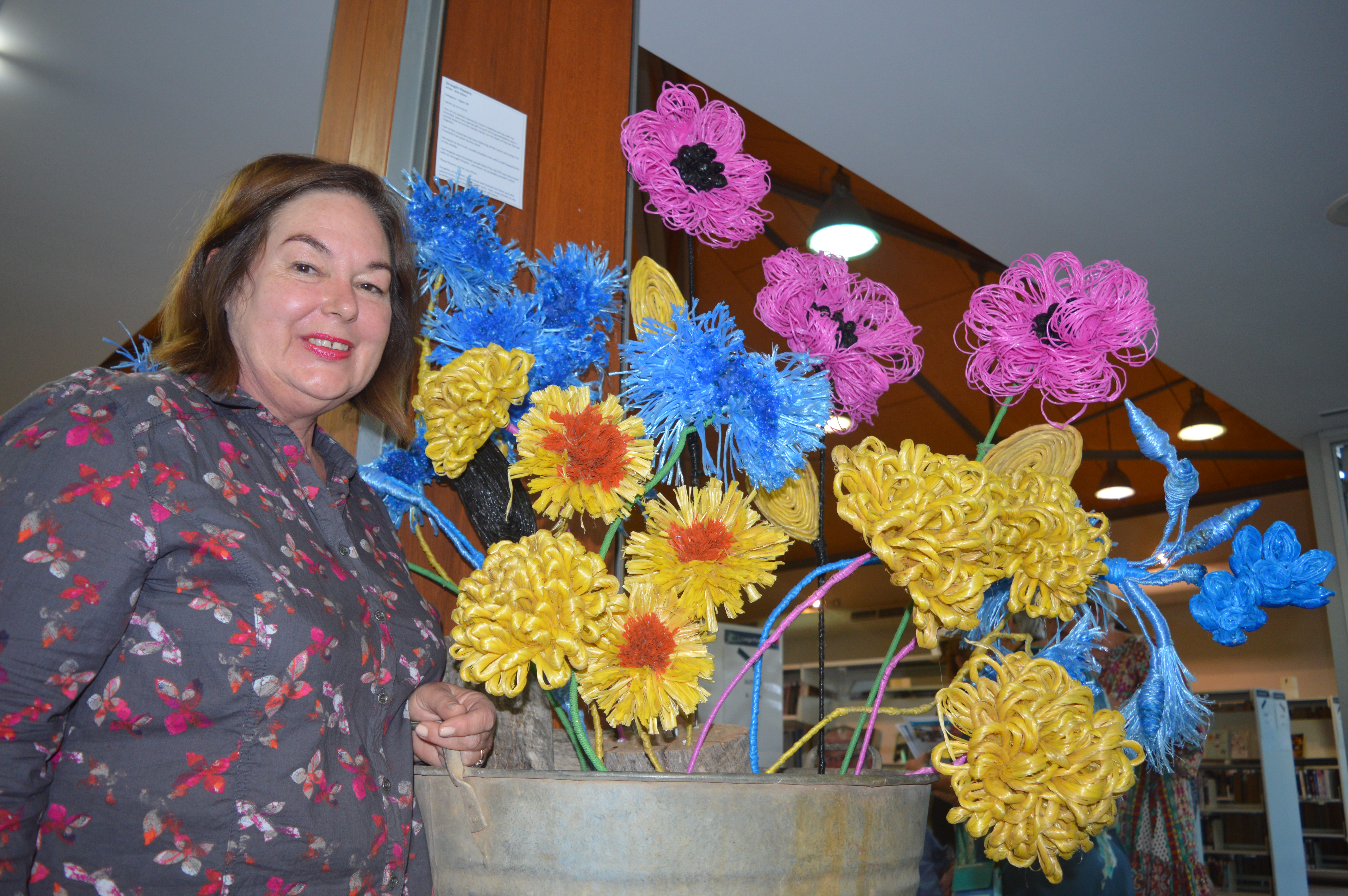 It is not only the biggest one so far, but has also been described as the best. The 15th annual Sims Metal Waste to Art
and Design Community Art Exhibition attracted a record number of 64 entries.

“We have some amazing talent in this community,” said Mayor Ken Keith to a packed audience at the opening in the
Parkes Library last Thursday.

First time entrant Ann Olson’s colourful arrangement of flowers made with baling twine, called Drought Flowers, won the Yearly Theme prize, as well as the Open 3D category. “I did not expect this,” said Ann.

Helen Standen won the Yearly Scrap Metal prize with her entry Old Keys Won’t Open New Doors, as well as the Building/Sculpture 2D category with her work called Tools Down.

Andrea Lovell, acting Cultural, Education and Library Services Manager, said the level of entries kept on getting higher making the task of the judges very difficult to pick the 17 winners.

The annual event was the brain child of Steven Campbell, Director Planning and Environment of the Parkes Shire Council, who will be retiring soon. The Mayor paid tribute to Steven for his initiative and the hard work to turn it into a regional event comprising 17 councils in the Netwaste region.

The exhibition will be at the Parkes Library until the end of the month when the winning entries will move to Oberon for the regional exhibition.

Receive The Phoenix via Email