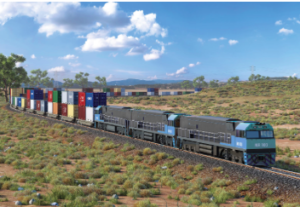 Two new railway bridges will be build between Parkes and Narromine to support the delivery of the Inland Rail project.

Two timber bridges at Tomingley West and Narwonah on the Australian Rail Track Corporation’s (ARTC) national rail network will be replaced by reinforced concrete culvert structures at a cost of $1.3 million.

Federal Minister for Infrastructure and Transport Darren Chester made the an- nouncement in Parkes last week. He said the upgrades were particularly significant as the new structures would meet the In- land Rail standard to future proof the bridg- es for longer, heavier and more efficient trains.

“The Inland Rail project will provide a rail freight connection between Melbourne and Brisbane, connecting regional Australia with global markets. The region will play a major role in the delivery of Inland Rail, with the Central West region of NSW set to see $480 million in economic benefits,” the minister said.

“One Inland Rail train will support the movement of approximately 2,500 tonnes of freight in a single trip, equivalent to tak- ing 110 B-double trucks off the roads.”