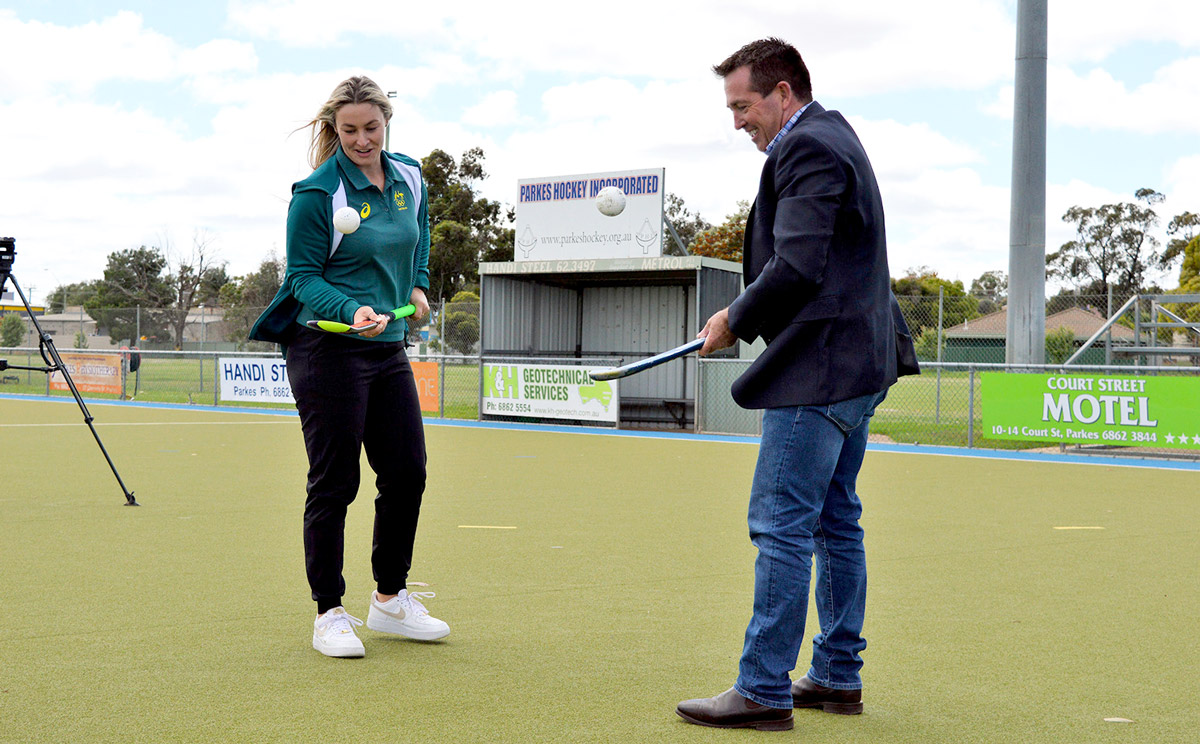 The Parkes Hockey community will soon see a second field being upgraded to the latest technology thanks to the NSW Government’s Resources for Regions Fund.

Parkes Olympian Mariah Williams joined Deputy Premier Paul Toole and Parliamentary Secretary to the Deputy Premier Sam Farraway on Monday to announce a grant of $2,280,083 for the redevelopment of the Stephen Davies field to a water-based pitch.

“This is a great opportunity for Parkes to redevelop its second turf,” said Mariah. “We have a very loving hockey community, and it is really inspiring to see how many players are making the NSW teams. To have two high tech pitches is really good as it is an incredibly feeling to play hockey in your home town with such great facilities.”

Mariah said it was really important to have a water-based pitch as all international hockey was played on these surfaces. “It would really help to develop the skills of young players from a young age.”

Sam said the project included the removal of the old surface and the complete installation of a new playing surface, as the current surface is at the end of its lifespan.

“Parkes Hockey Inc boasts over 600 members across a range of ages and abilities, many being state and national representatives. This field needs urgent upgrades to ensure Parkes can continue to bid for and host regional, state and national carnivals and offer a superior facility to the community.”

“Hockey in Parkes defines this community with over 600 members involved. The right infrastructure and facilities allow us to develop the next talent as we see here with Mariah Williams,” said Paul Toole.

According to Paul, Resources for Regions has already highlighted the importance of the sector to the regions, with Rounds One through to Seven delivering 149 projects worth $345 million to mining communities since 2012.