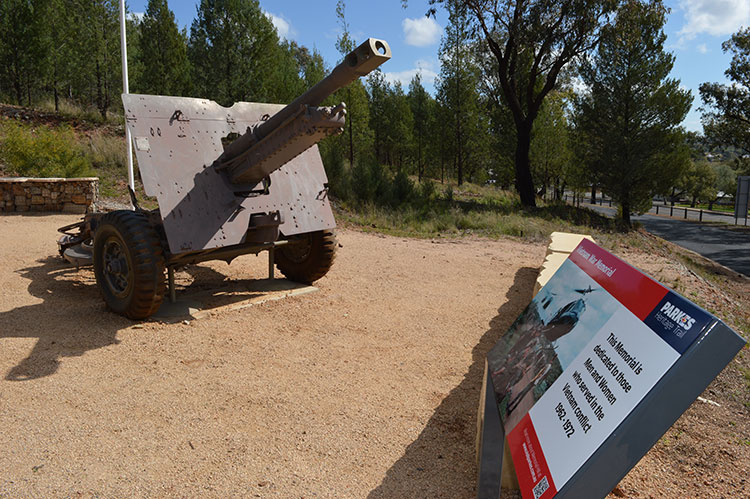 The newly renovated Vietnam Memorial in Parkes will be officially opened by State Member for Orange Philip Donato MP on Wednesday, 18th August.

This year is the 55th anniversary of the Battle of Long Tan, which will be commemorated at the Vietnam Memorial on Memorial Hill Drive in Parkes on Wednesday, 18th August at 11am.

This is the day that the Vietnam Veterans remember and commemorate our dead. Australian casualties in Vietnam included 521 fatalities and more than 3,000 wounded, many more suffered as a result of their service.

We must never forget the price our Vietnam Veterans paid for service, especially in the marking of the 55th anniversary of the Battle of Long Tan. A battle that saw 18 Australians killed and 24 wounded.

The action was indeed a monumental battle in which our soldiers exhibited extreme bravery in the face of a numerically superior and well-trained enemy force.

Notwithstanding these facts, we should also remember all who served in the Vietnam War regardless of the tasks which they were allocated to perform. We remember our infantry, armour, artillery, field squadron engineers, signallers and their support services in the Battles of Coral, Balmoral and the Bo Ho Woods, Long Hai’s, Binh Bah, Baria and in numerous other battles and contacts of this protracted war.

Vietnam Veterans Day is a day to commemorate the service of all Vietnam Veterans. It also celebrates the spirit of mateship and mutual assistance that characterises the self-help attitude we now share. It also honours those who served in Vietnam and those who did not come home.

Of course, those difficulties did not end with the fighting. For our Vietnam Veterans, life after the war could never be the same. Thousands of our servicemen have developed long-term health problems associated with what they were exposed to in Vietnam.

Tragically, they are over-represented in statistics on respiratory disorders, cancer, depression and suicide. Community attitudes at the time of their return home meant our veterans were denied the recognition they rightfully deserved.

After all, they had put their lives on the line for our country.

Thankfully, over the past 50 and more years, community opinions have changed. Australia has become a more enlightened place. The courage and selfless service of our personnel who served in Vietnam is now recognised on this day each year.

We come together not to glory war but to acknowledge the sacrifices and remember the dead, including three locals namely Anton Danilenko, Denis Donnelly and Doug Powter.

State Member for Orange Philip Donato MP will officially open the renovated Vietnam Veterans Memorial in Parkes. The memorial celebrates not only Australia’s involvement, but also the local personnel who served in the Vietnam conflict in the period 1962-1972.

Members of the community are invited to gather at the Vietnam Memorial on 18th August at 11am.