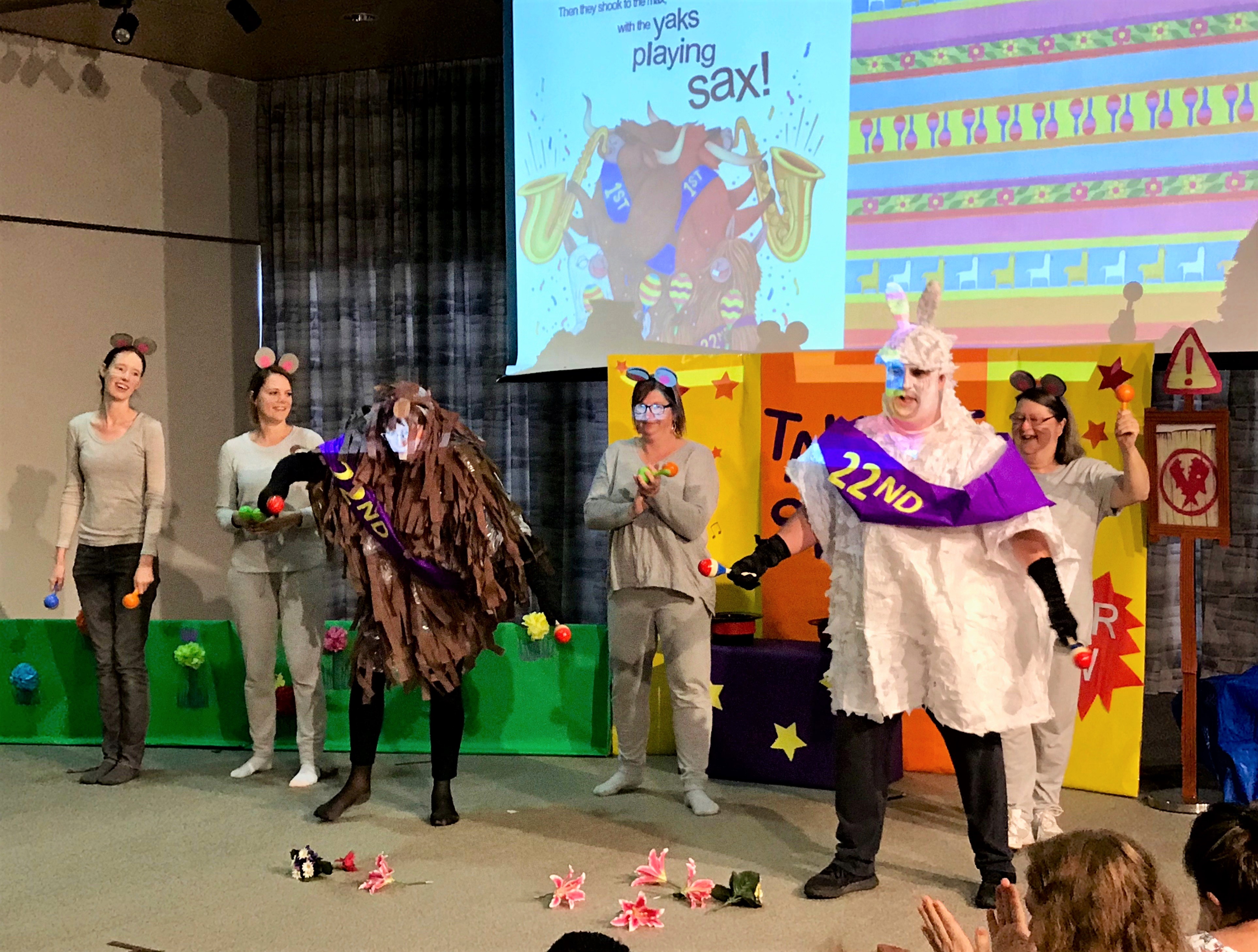 Children from Central West Family Daycare, Parkes Early Childhood Centre, Cabonne Family Daycare and Nurture One were enthralled by Matt Cosgrove’s Alpacas with Maracas. The story was brilliantly performed by Parkes Library’s Dan and Ann Marie as the Alpacas and Jill, Debbie, Teena and Ellie as the four mice. Reader Sandy held the children’s interest throughout the performance and Leon and Sally looked after the technical side of the presentation.

National Simultaneous Storytime brings together thousands of children across the country to read the same picture book.

Events were held in libraries, schools, preschools, childcare centres, family homes and bookshops across the country.

This year’s book selection of Alpacas with Maracas has been reviewed as short, engaging and fun making it perfect for three and four-year-olds, who request it a lot.

The author, Matt Cosgrove, is an artist and illustrator of children’s books, based in Sydney.

He has a first-class honours Bachelor of Design in Visual Communication majoring in Illustration and received the University Medal for Academic Excellence. He has worked in the publishing industry as an author, illustrator and designer for over twenty years, and is a former Creative Director of Marie Claire, an Australian fashion magazine. His most recent books, written and illustrated by him, include A Stack of Alpacas, Macca the Alpaca, Alpacas with Maracas and Macca’s Christmas Crackers.