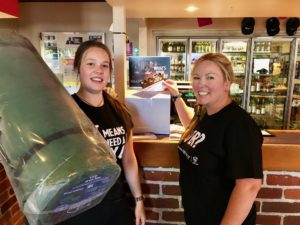 Determined to do their bit to reduce drink driving in Parkes, pubs, clubs and bottle shops have joined forces to promote the Plan B campaign.

Plan B is a statewide initiative encouraging punters to think about an alternative to driving home after a night out. Drink driving is one of the biggest causes of death and injury on NSW roads. Country people are at particular risk given the lack of public transport or other options for getting home.

In the Western Region over the last five years, 2012 to 2016, there were 362 casualty crashes where alcohol was a contributing factor. This resulted in 34 people being killed, 209 seriously injured and 222 with moderate or minor injuries.

During December, patrons at participating pubs, clubs and bottle shops will be invited to enter a competition to nominate a Plan B for getting home.

“Catch a cab, walk home or throw a swag out on a mate’s floor – We don’t mind what your Plan B is, so long as it’s not driving home” said A Liquor Accord Spokesperson. “Every entry puts patrons in the running to win a Swag valued at over $250”.

The promotion coincides with an increase in Police RBTs across the state making it even more likely that anyone drink driving will get caught. Local punters are being asked to not ignore the message to leave their car at home.

In NSW, drink-driving is a criminal offence, which can result in hefty fines, licence disqualification and/or custodial sentences.