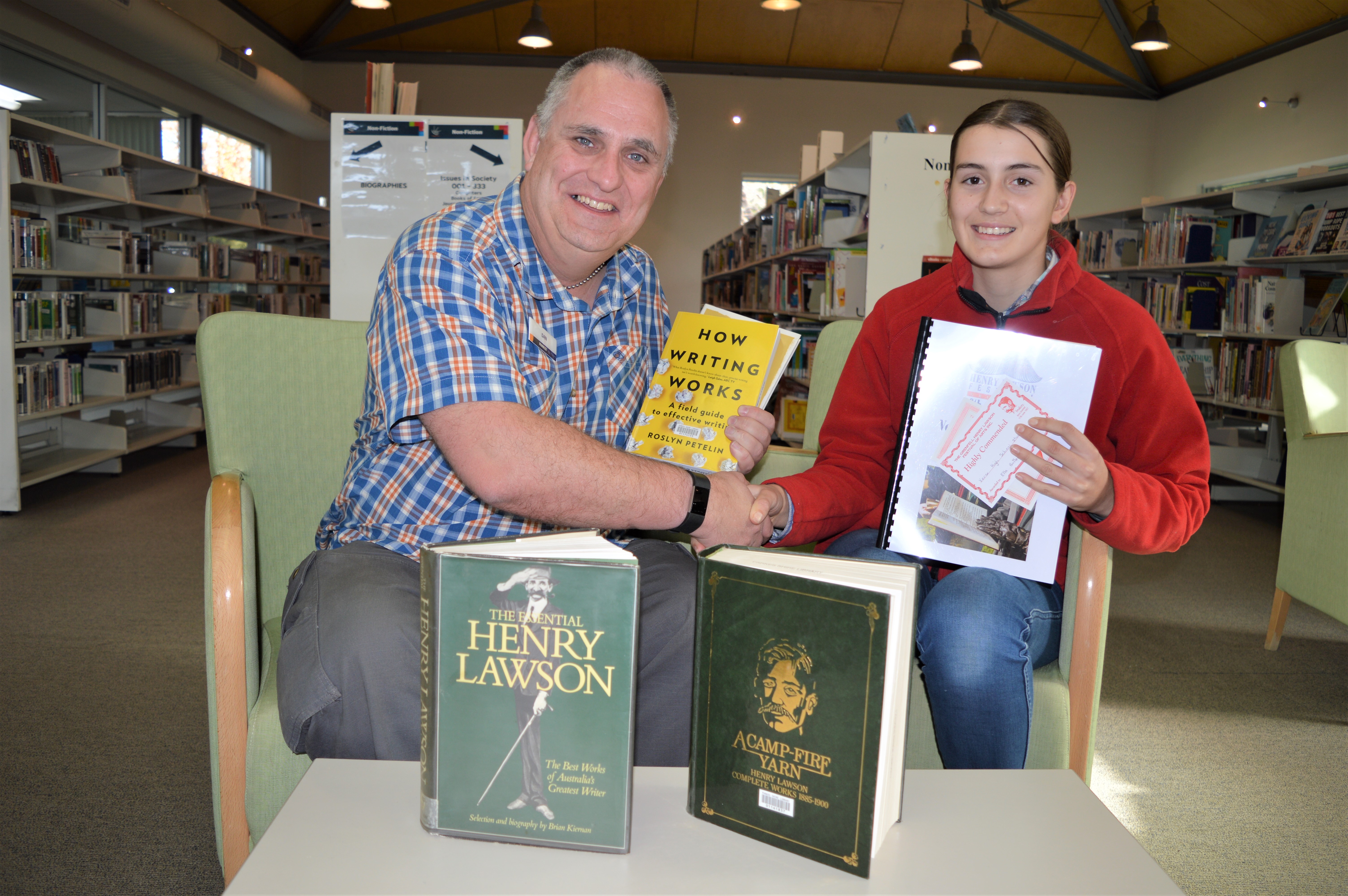 “Once upon a time an old lady lived in a little cottage beside the sea with her only son. They did their best to make a living.”

This is the start of 14-year-old Ella Butler’s short story she entered for the 62nd Henry Lawson Festival in Grenfell for which she won second prize. The festival is one of Australia’s longest running arts eventscelebrating one of the country’s best loved poets and writer of short stories.

Ella has read all the folktales in the Parkes Library and decided to write her own tale.

“In contrast to contemporary settings, this lyrical story has the dream-like feel of classic fairy tales, and feels like it’s invented a new mythology as well,” said Narelle Harris who judged the short stories.

“My name is Earth, for I have the gift to command the stones and trees.” Ella, who is home schooled in Parkes, was at first at a loss for words when she got the news of her prize, but said it was very exciting that her writing efforts had achieved something.

She is also very happy that it is no longer only her mum Amy who thinks well of her writing, but that other people also find it enjoyable. She credits the Parkes Library for not only promoting reading but writing too for its members. Ella has received a lot of support and encouragement from Dan Fredericks at the library, who regularly sends out emails about competitions and writing events to families with junior writers.

“The Henry Lawson competition is very prestigious and gives writers nation wide exposure,” said Dan. “It is already an achievement to be a finalist, and winning a prize is great for Ella and all the hard work she’s put into her writing.”

Mum Amy said entering competitions was a good way of motivating students. “We are seeing the fruits of the language-rich environment from birth encouraged by Rhonda Brain and her project,” said Amy of her daughter’s writing.
“… soon Storm and Pearl were married and there was great rejoicing. And the five all lived happily ever after.”